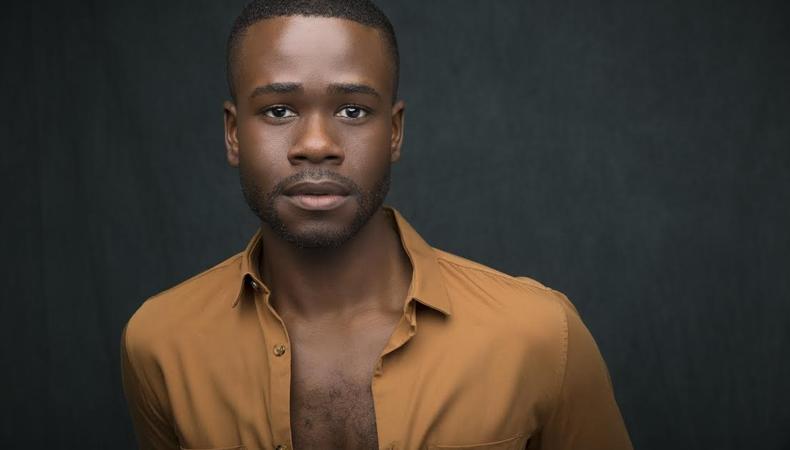 Living up to audience expectations as a Broadway replacement is hard enough in any show. But to step into the shoes—er, paws—of Simba in Broadway’s long-running hit “The Lion King” enters into a new echelon of expectation entirely. Having now successfully pounced into the track is Bradley Gibson, who spoke with Backstage about individualizing the iconic character, his advice for future theater replacements, and the enduring universality of Simba’s journey.

How did you land the role?
I’ve known about the show my entire life. The movie’s been a part of my life for my entire life. The role came about because my agents simply called and asked if I would be interested in going in. I had re-signed a second year with “A Bronx Tale” and with that contract, I couldn’t leave the show for another show unless I got permission from the producers. My agents told me, “Don’t expect the producers to say yes, because they’re going to look out for their own show first.” But two weeks later, they got back to me and said the producers gave me their blessing to pursue it. I went in a few times, had a few callbacks, and I got the role.

The show, of course, is so elaborate. What was the process for rehearsing it?
The rehearsal process was very different for me because I’ve only done original work. So in other shows, everyone in the room with me was also learning it at the same time. But this process, I was the only new person coming in and the rest of the company—there were a few people who had been there for 20 years. Those first two weeks, I was in a rehearsal studio and also the lobby of the Minskoff Theatre, because I can’t go onstage without also having the crew there. And then I got onstage and had to figure out how that worked. The show is so technical and you can tell someone as many times as possible that there’s an elevator there or there’s a trapdoor there, but until you get onstage and experience it for yourself, that will never comprehend in your mind.

In playing Simba, is there an added pressure because of the show’s broader cultural significance?
There is pressure, of course. I think about my own experience with the show, and it’s the first movie I remember seeing in the theaters as a kid with my mom. I have that connection to it. So many people in my generation and beyond, kids today, adults, grandparents, everyone has this connection to this movie because of the themes and story. There’s no way you can see this show or watch this film and not be moved because it’s all about family, it’s a coming of age story. I definitely feel, I don’t want to say pressure, but I feel I have a huge task at hand as far as taking the audience on the journey. Really, “The Lion King” at the end of the day is a journey, it’s Simba’s journey to finding himself and finding pride in his family and himself.

Because Simba is so iconic, what was your process for making him your own?
The first step was how I connect to Simba and what are those situations I’ve been in that were hard, the trials and tribulations that I’ve seen? Who are those people that I’ve lost along the way that I carry with me, even when it was hard to let go? I think so much about Mufasa’s passing—his death was a huge turning point in Simba’s life. I had an uncle that passed away before I went to college and it left a huge impression. The process of healing and letting him go but also learning along the way that person is always there, they always live within you, I feel that every day. I feel my uncle when I do the scene with Rafiki when she sings, “He Lives in You.” I feel the audience, too. I think everyone in that building, in that room, feels that sense of breath, and almost that sense of healing.

Now that you’ve successfully replaced, do you have any advice for future theater replacements?
You just have to dive in and know that you are worthy of doing this job. With a show like “Lion King,” for instance, there have been so many great men who have played this role, men that I respect. You could want to proceed with a little bit of caution because you’re like, “I don’t know if I can do it like them, I don’t know if I can sing it like them.” No, you’re worthy, because you’ve earned it, and they wouldn’t have given you the opportunity unless you were capable of the job. And then not being afraid to make it your own, not being afraid to ask questions, not being afraid to add an essence of yourself to it, because I think that also makes for an interesting show. It would be kind of boring if everyone that did it was a carbon copy of the other person.

What is the best part about being a replacement in “The Lion King” on Broadway?
It would definitely have to be joining this legacy. “The Lion King” is a legacy. And joining the Disney family, that’s the coolest thing in the world. I never thought in a thousand years I would get to be, not only a part of “The Lion King” but a part of Disney. I grew up as a Disney kid, so that’s a dream come true in itself.

Casey Mink
Casey Mink is the senior staff writer at Backstage. When she's not writing about television, film, or theater, she is definitely somewhere watching it.
END_OF_DOCUMENT_TOKEN_TO_BE_REPLACED