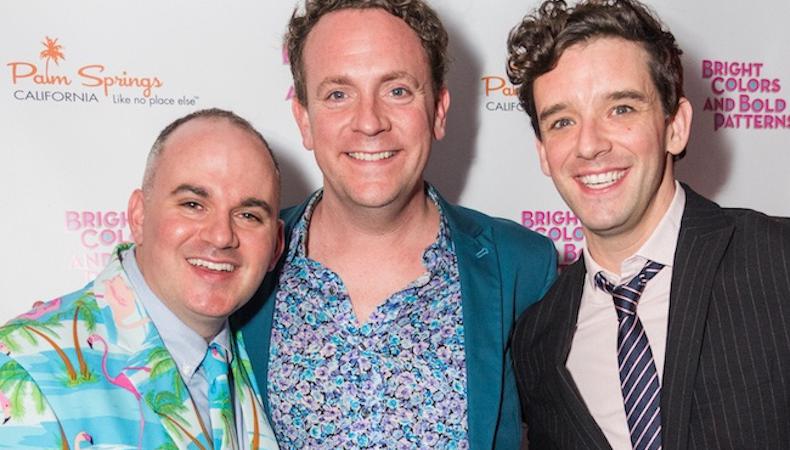 A theater producer and co-founder of Form Theatricals, Zachary Laks has been a driving force behind the continued success of the Off-Broadway hit “Bright Colors and Bold Patterns.” As a new actor prepares to step into the one-man comedy, Laks catches up with Backstage to discuss how each theatrical production is like a startup and why actors and producers alike can take advantage of the accessible nature of the theater industry.

He uses a ‘startup’ approach to producing.
“My role is to effectively and intelligently shepherd a show from its initial conception to its run. Along with my partner, we take shows in all forms and help them get to the next stage. We use a model based on the idea that every show is its own startup. With each show, you’re creating its own company. We see it as a sequence of steps to validate there is actual interest.”

Producers are actor advocates.
“My relationship to actors extends far beyond employer-employee. There’s a lot of nurturing and compassion and tailoring their experience. An actor really succeeds when they feel safe and when they feel they’re in a situation where they can explore different choices.”

The first step to producing: volunteer.
“My greatest advice for people looking to be a producer is get involved and volunteer. Pick up any web series, any small show, anything, and just learn the ropes. Learn what a press release is, learn what it means to be on a marketing call, learn negotiation tactics and about insurance and contracts. Because it’s such a small industry, you have to be willing to give six months to a year of your life to apprentice in some way.”

Take advantage of theater’s accessibility.
“So often I talk to actors and they don’t see as much [theater] as they could. I also think that industry people are much more approachable than we think they are. You can reach out to people. The in-person connection is so important, as well. Going to everything you can and then sticking around and introducing yourself to people and just lingering for a couple of minutes. We’re lucky to work in an industry where everything has to be created in a room. It’s not like you can go to a cineplex and watch a movie and then meet Rachel McAdams afterward. We’re in a place where it’s all very immediate, and you can really take advantage of that. Also, it’s so simple, but have your email address be easily accessible online.”

‘Bright Colors’ is so much more than a one-man show.
“Every show is so unique and every production is so unique. With each production of ‘Bright Colors and Bold Patterns,’ we’ve progressed and kind of gotten bigger. We’ve gotten more staff, we’ve hired a company manager, we’ve been able to go to the next level each time. With that comes a lot of phone calls, a lot of lunch meetings. What we’re doing, with [new star] Jeff Hiller coming in, is we’re transitioning into this idea that the play can exist in perpetuity. We’re testing that. We’re excited to bring Jeff in to show that Drew is not the only person who can do this show. It’s not autobiographical, it’s not a one-man recount of his life. It’s a real play. The play exists in its own world. It’s not Drew standing up there doing characters. It’s not recounting a story of his childhood. It’s really a four-character play, and that takes a lot of skill.”

Book a role of your own! Check out Backstage’s theater audition listings!

Casey Mink
Casey Mink is the senior staff writer at Backstage. When she's not writing about television, film, or theater, she is definitely somewhere watching it.
END_OF_DOCUMENT_TOKEN_TO_BE_REPLACED