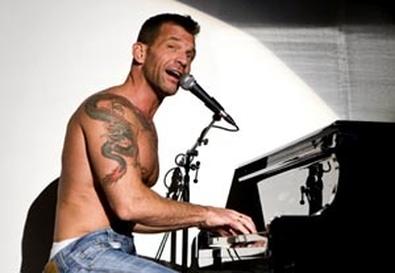 Judson expects that his adult-film fans will turn out to see him, and he doesn't disappoint them (or the rest of us), stepping onto the stage in nothing but a jockstrap and black leather boots to the strains of "Also Sprach Zarathustra." But soon enough clothing is donned, and we're off on a free-associative romp through Judson's life. We hear of his husband of six years, Bruce, who died of AIDS in 1996. There are tales of failed Off-Broadway musicals he composed, his repressed Presbyterian relatives, and how his inability to dance has impacted both his legit and porn careers. A talented musician, Judson sings a number of popular standards and plays no less than 13 instruments. In one of the evening's highlights, he plays them sequentially as he demonstrates his method of orchestration for his "Theme From 'Metropolitan' "—yes, the Whit Stillman movie. On top of everything else, the man's a film composer too.

Kevin Malony's relaxed direction seems intent on letting Judson be Judson. That's fine, but the show could use a little more shape and greater variance in tone. Too often shifts in subject matter come across as arbitrary and repetitive. Judson's story is unique and fascinating. With just a bit more discipline, "Canned Ham" might be too.