Carlton Cuse’s 6 Months of Prep Work for ‘The Strain’ 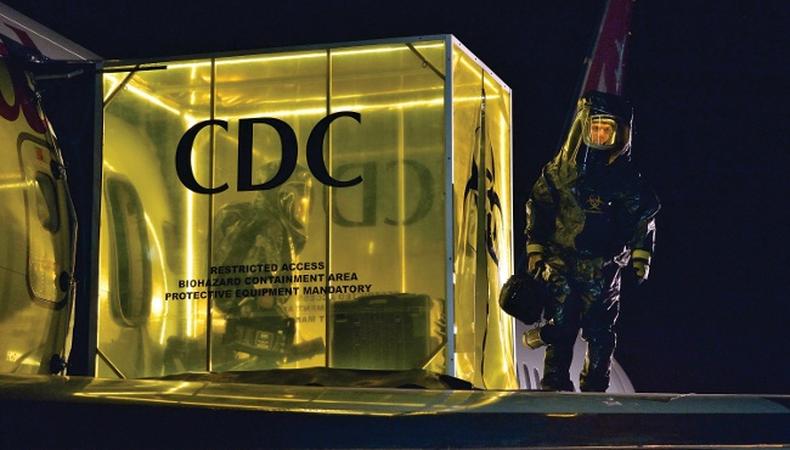 What we talk about when we talk about vampires is about to change. Think of it as a correction, a timely turn away from the tall, pale, handsome loner who buys his blood at the bodega and lives an endless life according to outdated codes of chivalry and restraint. It could be argued that the last time a vampire actually made TV viewers jump was way back in 1979, when Stephen King’s “Salem’s Lot” clawed its way into American homes.

No one is more aware of this than Carlton Cuse, executive producer of “The Strain” on FX, based on the books by Guillermo del Toro and Chuck Hogan. Cuse has long admired del Toro’s “unparalleled visual imagination,” and uses the phrase “writer mentor” to describe Stephen King. “The problem with the vampire genre,” he says, “was that it had moved away from actually being scary. We were in an era where you were almost feeling sorry for vampires.”

No one will feel sympathy for the devils of “The Strain,” frightening beasts that hoover blood through snaking proboscises and dispatch their drained human sacks with extreme prejudice. Making matters worse—and creepier—is an army of squirming, bloodthirsty worms, best left untouched. In fact, a marketing image of a worm tunneling into a human eye was deemed so disturbing that FX took down billboards in several locations. Despite the creep factor, “The Strain” is less a traditional horror show than a “thriller with horror elements,” according to Cuse, who says the series “is really about the spread of disease. That’s a fear we all have. We live in a very crowded world, one in which the fear of calamitous epidemic is common.”

“The Strain” follows a team of epidemiologists (Corey Stoll from “House of Cards,” Sean Astin from “Lord of the Rings,” and Mía Maestro from “Alias”) as they navigate a world “dramatically turned” by the spread of vampirism. “Humans become the parasites,” says Cuse. “There are plenty of them in nature, starting with mosquitos, which suck blood from their hosts to survive. In the case of diseases like malaria, they can kill their host.” But to Cuse, “The Strain” is, at heart, an epic tale about the ways in which blind self-interest contributes to the collapse of society. “At various points,” he says, “there are opportunities for people to stop the spread of this disease but they’re not able to.”

Since Cuse got his start in television on 1986’s “Crime Story,” a cop show set in 1960s Chicago, he has rarely walked the straight and narrow, preferring instead “the commingling of genres.” He calls the first series he produced, “The Adventures of Brisco County, Jr.,” a “Western with science fiction elements,” and his most famous (“Lost”) and his most recent (“Bates Motel”), respectively, “an adventure story with an overlay of science fiction” and “a serial killer narrative crossed with a modern tragedy and—at times—romantic comedy.” With “The Strain,” Cuse wanted to mix the thriller aspects of epidemiology with horror, a genre he calls “metaphorical.” “Monsters are stand-ins for fears we all have,” he says, “taken to their allegorical extreme.”

Cuse was just wrapping up “Bates Motel” when he began developing “The Strain” with del Toro two years ago. Working with FX gave them the time and budget to create preliminary scripts and outlines for every episode and to hire conceptual artists who spent six months designing the creatures and sets. “These are all things we could never do on a normal television budget and schedule,” says Cuse. “There was zero imperative from FX to move the show one way or other. They just told me, ‘Make the best version of the show you can make.’ The last thing the world needs is another series about romantic vampires. This is decidedly not that.”