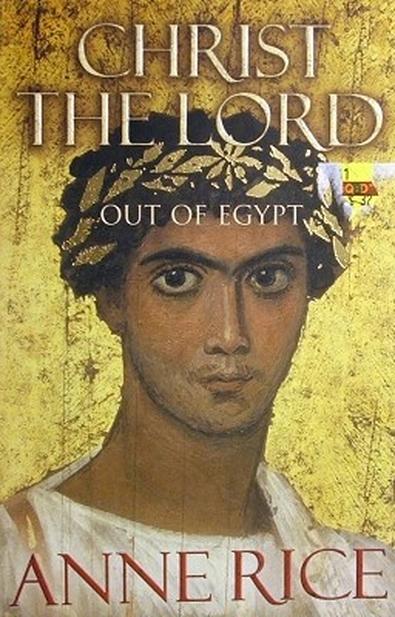 The Bible is becoming big business in Hollywood. Darren Aronofsky’s “Noah,” starring Russell Crowe, is currently in production for a 2014 release; Will Smith is developing the story of Cain and Abel as his potential directorial debut; Ridley Scott and Warner Bros. are working on separate Moses movies; a film about Pontius Pilate was greenlit earlier this year; and Langston Hughes’ “Black Nativity” is being adapted for big screens with Samuel L. Jackson, Angela Bassett, and Jennifer Hudson attached.

Next comes “Christ the Lord,” an adaptation of Anne Rice’s best-selling 2005 novel “Christ the Lord: Out of Egypt” that will shoot from March through May 2013 in Italy. Child actors are invited to audition through an online open call for the title role in the film, which offers a fictional but “diligently researched” imagining of the story of Jesus Christ as a young boy who leaves Egypt with his family to return home to Nazareth. Along the way, he starts to understand his true identity and shows early signs of the wonder and miracles to come.

The casting directors are seeking a seven- to 10-year-old actor to play “a very special seven-year-old boy with a buoyant energy and magnetic charm, as well as quiet intensity. In many ways a normal young boy, he is beginning to understand his divine nature; at times we see in him a soulful quality, an unspoken intelligence and a deep stillness.” Children of all ethnicities between 7-10 years old will be considered, but boys ages 9 or 10 should be small for their age in order to play younger.

Casting directors Elizabeth Barnes and Corbin Bronson are responsible for casting in the U.S., while Suzanne Smith is the U.K. casting director.

Auditions will be held via online video submissions. For more information and to apply, view the full casting notice online at Backstage.com. The submission deadline is Tuesday, Nov. 20.

“Christ the Lord” will be directed by Cyrus Nowrasteh, who co-wrote the screenplay with his wife, Betsy. Earlier this year, Rice told Christianity Today that watching the pair’s previous film, the 2009 festival hit “The Stoning of Soraya M.,” convinced the author—whose “Exit to Eden,” “Interview With the Vampire,” and “The Queen of the Damned” have also been adapted for film—that Nowrasteh was the right filmmaker to bring her story to the screen. “I thought, Here is a fine director and someone who knows the Middle Eastern milieu,” she said. “I was immediately interested.”

“I love the book,” Nowrasteh told Christianity Today in May. “It’s written with real passion and heart and belief. It’s one of the most original fresh conceits at the heart of the story of Jesus. We tried to be faithful to it in the script.” He added, “We're immersed both in a gritty ancient world and yet transported into the dreamy imaginings of a child filled with wonder, beauty and miracles. It’s a beautiful and faith-affirming story.” Still, he said, casting the lead role “is not as easy as it might seem.”

CDs Barnes and Bronson currently cast the ABC series “Revenge.” They previously collaborated on SyFy’s “Eureka” and NBC’s “Chase,” and Barnes’ television credits also include “United States of Tara,” “The Comeback,” and “Studio 60 on the Sunset Strip.”