Casting Director Bernard Telsey on Changing His Mind About Actors 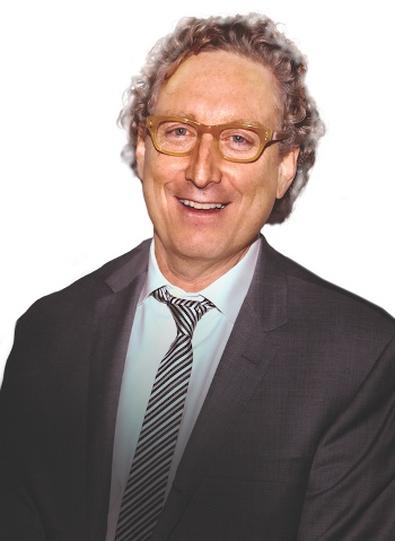 Every actor in New York City knows the name Bernard Telsey; he’s the renowned casting director behind Telsey + Company. One of the biggest casting companies in NYC, Telsey + Company has been behind such recent Broadway hits as “Kinky Boots,” “Newsies,” and “Spider-Man: Turn Off the Dark.” It also coaxed NBC into putting some genuine stage stars on “Smash” and put Tony winners Laura Benanti and Christian Borle opposite Carrie Underwood and Stephen Moyer in the upcoming live presentation of “The Sound of Music.” But while Telsey + Company’s film footprint has stayed smaller, that is set to change with its founder’s recent appointment to the Academy of Motion Picture Arts and Sciences’ board of governors as part of the newly created casting directors branch.

“Everyone is excited,” Telsey says. The branch and the presence of casting directors has been a hotly debated topic, as revealed in the recent documentary “Casting By,” which presents arguments against giving casting directors an Oscar category. But with Telsey and fellow casting directors Lora Kennedy and David Rubin now on the board, change is in the wind.

“We want to give back to the field that we spend 24 hours a day working in,” Telsey says. “That’s why I’m excited to be on the board, so we can give another point of view. We’re one of the few departments that gets hired early on, and we have such close relationships with directors and actors.” While Telsey says that the road to being recognized during the ceremony may still be a long one, he adds that this is an important first step, considering how hard change can be for people. Just not for casting directors. “We change every day,” he says. “The actor who isn’t right today is the one you want tomorrow. He goes in one room and no one wants to hire him, and he goes in the next and everyone wants him. So casting people get it.”

Telsey adds that he will always admit when he has changed his mind about an actor. “I love when I see an actor in a show, and I change my mind,” he says. “Sometimes it takes a performance you saw that person do, and you think, Wow, I didn’t know that actor had that in them! I have a whole office of many casting directors here, and I’m the first to say, ‘You know that woman I said I didn’t want to see anymore? Now I can’t wait to see her!’ ”

Unlike the casting directors of terrifying urban legend, the ones who treat actors like cattle and busy themselves with Words With Friends during a read, Telsey and his staff have been vocal about championing actors such as Annaleigh Ashford; Telsey even takes the time to rave about Ashford’s performance on “Masters of Sex.” “I fall in love all the time with these guys because they’re so good,” Telsey says. “When we fall for someone, we just want to get them everything. It’s not that we’re casting with just our favorites. Every day you want to fall in love, and you want to become a champion of someone. That’s all part of people getting the job.”

That eagerness to collaborate is one of the biggest reasons Telsey is excited about his new post at AMPAS. His is a profession that is usually only involved in the early stages of a project; Telsey and his fellow casting directors are enthusiastic about the chance to work with the rest of the industry. “What we do is so collaborative amongst ourselves that I’m looking forward to being able to collaborate with all of those visionary board members on whatever it is the Academy is looking for all of the board members to do,” he says. “To be on board with all of these other people who contribute to the film world is exciting.”