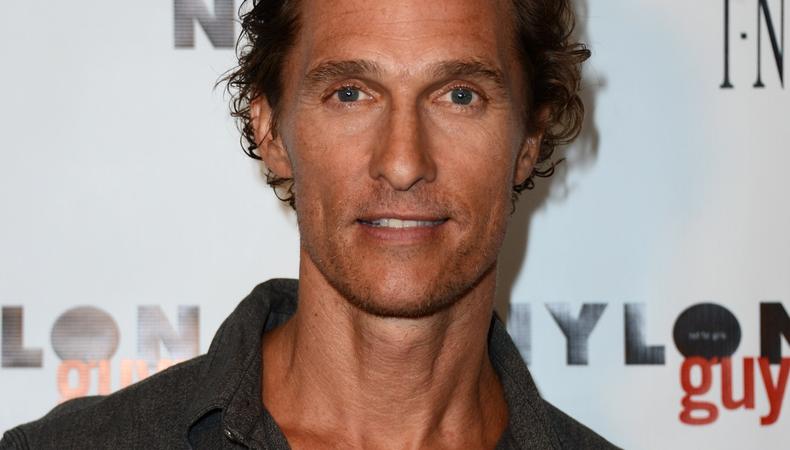 When you’re saving for a wedding, you have to make sacrifices. “Sacrifices,” that is, of the first-world-problem variety. You tearfully inform the local chapter president of the Bacon of the Month Club that you’ll be using Hormel in your BLTs for a while. You sneak popcorn and soda from home into the movie theater … which you also sneak into. And you cancel your cable. “There’s lots of shows I’ve been meaning to watch on Netflix instant,” you say. “It’ll be fine,” you insist. Then you make the mistake of asking a co-worker who this Honey Boo Boo person is and the sad reality of your new existence is laid bare.

Meanwhile, you read the trades as a part of your job and can’t help but notice that HBO is killing it lately. A movie with Larry David, Jon Hamm, Michael Keaton, etc, etc.? A straight-to-series order for a comedy written by Christopher Guest and starring Chris O’Dowd? Pilots with Stephen Merchant and James Gandolfini? All compelling reasons to re-up my DirecTV as soon as I get back from the honeymoon. But the crown jewel is the untitled Nick Pizzolatto project (formerly referred to as “True Detective”) toplined by Woody Harrelson and Matthew McConaughey. The actors play two detectives whose investigations and lives intertwine in their respective quests to catch the same serial killer. Evidently the project sparked a bidding war between the cable networks, which HBO won after they promised McConaughey that everyone on the show’s crew would be forbidden from asking him to record their voicemail greeting as Wooderson. Alexa Fogel, who cast “The Wire,” is also casting this. Shooting starts in November in New Orleans.

Say man, you know who’s a big action star now? Liam Neeson. Sort of weird, until you consider that Jason Statham comes up to his belly button. “Taken” was good. And after revitalizing the “You F-ed with the wrong guy” action subgenre, they’re giving him a crack at one of my personal favorite subgenres, the confined-space action thriller. The early ’90s were this subgenre’s heyday, with “Die Hard” (office plaza, 1988) kicking things off in grand fashion. Other classics include “Toy Soldiers” (boarding school, 1991), “Under Siege” (battleship, 1992), and “Passenger 57” (Boeing 747, also 1992). Well after many years in the wilderness, and several entries that ranged from forgettable to risible, here comes Neeson with “Non-Stop.” It sounds a lot like “Passenger 57.” An air marshal is just going about his business on a routine transatlantic flight and BAM! Terrorists. Well, we known what Neeson does to terrorists, don’t we? Unlike the terrorists, I’m optimistic about how this will turn out. Amanda Mackey of Mackey/Sandrich is casting ahead of a November start in New York.