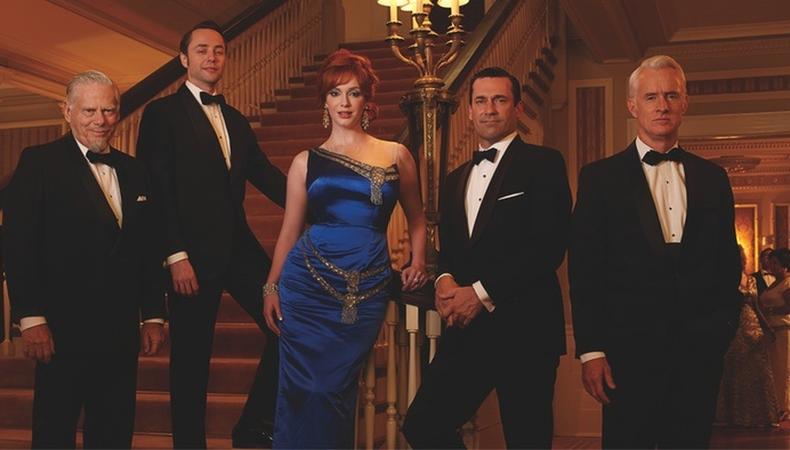 For six seasons, Laura Schiff and Carrie Audino have been filling the world of “Mad Men” with slick executives, timeless women, and memorable period characters. They’ve received Emmy nominations for casting all six seasons—winning in 2010 for Season 3—and also earned a 2009 Artios Award from the Casting Society of America. Perhaps the biggest testament to their work is that “Mad Men” is the show every actor wants to be on. “A lot of people want to do it, so it’s not hard to get high-level actors,” Schiff says. “But we don’t really put a ton of famous people on the show because we’re casting a period piece where we want to keep people involved in the story.” Audino points to Julia Ormond, who plays the mother of Don Draper’s current wife, Megan. “Julia was simply perfect for that role,” says Audino. “We would never cast a famous person just for the sake of their fame.”

Though the pair didn’t cast the pilot, they’ve been responsible for some of the most memorable characters to walk the halls of Sterling Cooper Draper Pryce—including two of those partners, Bert Cooper (Robert Morse) and Lane Pryce (Jared Harris). They work closely with the show’s creator, Matt Weiner, on filling roles on the secretive show. “There are some parts where we know in advance, even before anything is written, that it will be a major part,” says Schiff. “Other times we cast someone, and Matt really likes them and continues them on.”

Actors lucky enough to audition for the show can expect an unusual experience—Weiner and the CDs like to take their time. “They’re going to get achance to do it more than once. Usually more than twice,” says Audino. “That’s certainly not the case on other shows. A lot of showrunners aren’t even in the room. So the fact they get to work directly with Matt and get his feedback is a big deal.”

And everyone auditions—that includes actors as established as Ormond and Season 6 additions Harry Hamlin and Linda Cardellini. Cardellini, a vet of “Freaks and Geeks” and “ER,” earned an Emmy nomination this season as Draper’s mistress and was suggested by Audino early on. Hamlin, also nominated for his work as Jim Cutler, actually auditioned for a different role; Weiner said to keep him in mind for Cutler, a character who had not been seen yet.

That’s something else the CDs want actors to keep in mind—you might not get the job you auditioned for, but there’s a good chance they’ll remember you down the line. “I feel like that’s a huge portion of our job, to have a database of actors, either in our head or in our computer,” says Audino. Adds Schiff, “If we had to start from scratch not remembering anyone, every episode or every pilot or every movie, we would not be able to do our jobs. Our biggest tool is our memory of actors.”

The two are keeping busy before “Mad Men” starts up again, currently casting two pilots and working on the final season of “Nikita.” They also cast Weiner’s film writing–directorial debut, “You Are Here.” Says Audino, “It was really fun to do something with Matt that was different than what we do every day, though his process was really pretty similar. That’s how he works, regardless of the material. He was really generous with actors, spent a long time with them, did a lot of directing and talking in the room. It was fun.”