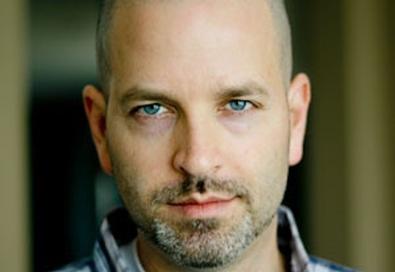 The following is an excerpt from the book "Inside the Audition Room: The Essential Actor's Handbook for Los Angeles."

The Room—Own It!
Your audition begins the moment you walk into the audition room, not when you say your first line. You may give the reading of your life, but if you don't look the part, it won't go further. That's not to say that the CD wouldn't bring you in for a different role, something you are more appropriate for. Remember, the casting director has a direct link to what the producers and director are looking for, based on what was discussed in the casting concept meeting. Also, if a casting director wants you to do your scene over again, they will tell you before you leave the room; there is never a need to ask. Asking makes it look like you weren't pleased with your choices, not to mention how desperate it makes you look. You have one shot, so make the most of it. Don't forget: If you are lucky enough to get called back, by all means don't change what we originally loved! Remember why we called you back in the first place!

Dressing Parallel to the Part
When you are coming in to audition for a particular role, try not to dress exactly like the character. Rather, dress parallel to what you think the CD might be looking for. The character breakdown will give you some insight as to how you should dress for your audition, but you should avoid doing too much or going over the top with your wardrobe choice. The CD should be focused on your performance, not your outfit. Here's an example.

The actors called in to audition for the cop will physically look the part. Casting will go through thousands of submissions and call in the actors who are actually dressed in a cop uniform, with the badge, hat, guns, etc., possibly leaning up against a squad car with a menacing look on their face. This is all portrayed in their headshot or thumbnail. It's okay to dress like this particular character in an 8-by-10 picture or thumbnail for a three-to-five-line co-star. This is not a leading look, so if you use it, know that you are probably not going to be considered for the lead, or guest star. The cop headshot is a co-star headshot, something to be used for smaller parts and similar roles. It will not work for a leading guest-starring role. Also, you don't want to walk into the audition room dressed as the cop—with the hat, badge, guns, etc. Dress parallel to what you think the CD is looking for. I would suggest wearing a button-down shirt with rolled-up sleeves and a loose tie the next time you are called in for this type of role.

Dressing Parallel to the Part—and the Exception
For commercials, it's okay to dress the part. This is frowned upon in the theatrical world, however. Dress parallel to the part, based on the commercial breakdown.

Avoid Props
As an actor, you should always get in the habit of bringing in your audition material, just in case you need it, and incorporating it into your scene. The script is the best and one of the only props you will ever be able to bring into the audition room. There is no reason the script can't substitute as a magazine, picture, or evidence for all of your "lawyer" scenes and auditions. Remember, in your audition you are required to create the illusion. The only other prop you may bring in is your cell phone, if you are on the phone in your scene. However, please don't forget to turn off your cell phone before walking in the room! Again, your cell phone and script are okay. Otherwise, avoid props at all costs.

Being in the Moment/Letting Go
Most actors don't get the opportunity to audition as often as they would like. So, when you do get called in, it's a great time for you to showcase your talent. Be great. Here's your chance! Show us that you deserve this job. Stay true to the text and stay in the moment. Don't get in your head—you have plenty of time to do that after your audition (which I'm sure you'll do). After all, acting should be fun. Isn't this what you do best? Now show us!

Listening/Taking Direction
Probably the number-one reason actors don't book is because they stop listening. That's number one, so take note! Most of the time, actors are too worried about themselves and what they have to do in the room. You need to take the time to listen to the person you are talking to! If a director, producer, or casting director gives you a note in the audition room, consider this a positive step towards getting called back. It is the director's job to see if you are able to take direction. If you can't take direction in the audition room, you certainly won't be able to on set. Taking direction can be difficult but is a necessity in becoming a working actor. Here are some helpful hints to stay in the moment:

I know that if a casting director, director, or producer gave me direction in the room, I would want to make sure that I got it right. If you are in a producer session and you don't feel that you can make a quick adjustment, go ahead and ask if you could have a couple of minutes outside the audition room to incorporate the new notes. Remember, just because you are asking for additional time doesn't always mean that you will get it. The casting director probably has 10 or 15 additional actors anxiously waiting to be seen, so it doesn't hurt you to ask for some additional time to get it right. How great would it be if you had some additional time to work on those notes? You might as well ask.

Raising the Stakes
It's so important to start thinking about the choices your fellow actors will be bringing in. In other words, it's time to size up your competition and think about what, if anything, gives you an edge. Look around the waiting room and size up your competition. Don't let them, or anything, get in the way of doing your job! Without pushing your scene, think about what your competition will be bringing into their audition—and then top them one notch. From bringing in larger levels, to letting the casting director see your personality before you begin, stand out in the most positive way. Remember: You never hear about the actor who almost books the job, only the one that did.

Show No Hesitation
As an actor, you will need to be able to adapt to many different audition situations, and you should always expect the unexpected. For example, if you plan to sit for your audition and there isn't a chair available for you to sit in, make the adjustment and stand. Don't ask the casting director to get up and get you a chair. Actors should always be able to adapt to the situation that presents itself. If you prefer standing, and the casting director asks you to sit down as you enter the room, make the adjustment. Maybe the casting director wants to talk to you before you begin. You are an actor, commit to your decisions, but please make one. If casting has a preference on whether or not they would like you to sit or stand, they will tell you.

Jason Buyer began casting extras and commercials in his hometown of Chicago nearly 20 years ago. Since arriving in Los Angeles, he has worked on dozens of pilots and episodic television shows. He was the senior casting coordinator at Warner Bros. Television, the casting associate at Ulrich/Dawson/Kritzer Casting, and the casting associate at Weber & Associates Casting at MGM. Before opening the Casting Playhouse, he was the CEO of Marketing the Actor. He currently offers private, one-on-one mock audition classes as well as group classes for actors of all levels. Beginning in July, he will be moving the Casting Playhouse to New York City. Websites: www.insidetheauditionroom.com or www.thecastingplayhouse.com.