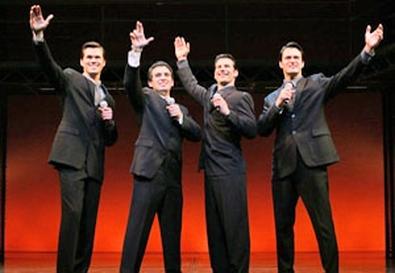 Open calls will be held Saturday, Aug. 18, in Philadelphia and Saturday, Aug. 25, in New York. For more information and audition details, view the full casting notices online at BackStage.com. Actors who cannot attend these auditions may upload an audition tape to be considered. The deadline to submit an online audition video is Aug. 22.

Auditions for other roles in the film have not been announced. It is unclear whether actors from the Broadway or touring productions of "Jersey Boys" are being considered for the film version of the musical.

Ellen Lewis is a CSA member who has cast dozens of feature films, including "Extremely Loud and Incredibly Close," "The Devil Wears Prada," "The Birdcage," and many of director Martin Scorsese's movies such as "Hugo," "The Departed," "Gangs of New York," "Casino," and "Goodfellas." Upcoming films include "Hyde Park on Hudson," starring Bill Murray as FDR, and Scorsese's "The Wolf of Wall Street," which is currently in production.