The Casting Society of America Launches a Diversity Series 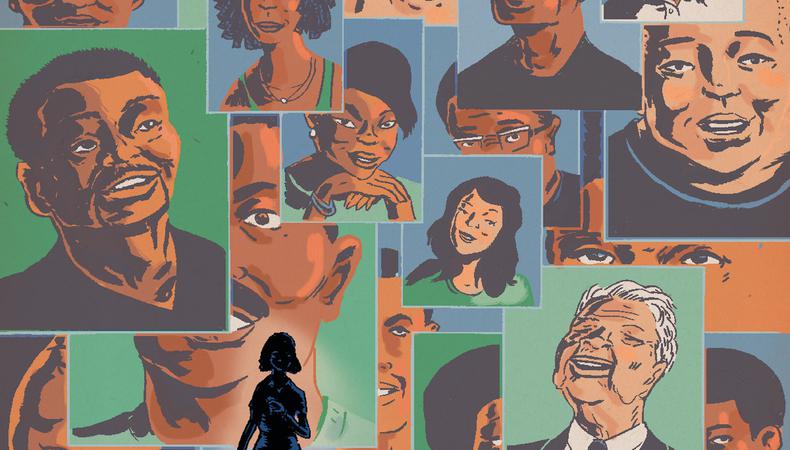 A couple of weeks ago I had the pleasure of speaking at the first of a series of free classes given by the Casting Society of America to diverse communities of actors and filmmakers within Los Angeles. The plan is to continue this series every other month.

Organized by the newly formed CSA Committee on Diversity (which is led by CSA Vice President Russell Boast, Leah Daniels Butler, and Michael Sanford) and sponsored in part by SAG-AFTRA and facilitated by Ann Thomas of Transgender Talent, LLC, the two-day seminar and interactive work session was attended by over 70 transgender performers and filmmakers and included casting directors Geralyn Flood, Jeremy Gordon, Jami Rudofsky, and Amanda Lenker Doyle.

I gave a lecture that covered the skills it takes to be a casting director, how to get into the business, and what we’re looking for when we’re casting, along with tools that help actors navigate the business. As usual, I talked a lot about the one thing you can control in this crazy business: your perspective. Getting rid of the negativity and helplessness one may feel and replacing it with confidence and determination will get you through most any situation.

One woman who was a filmmaker and just starting out as an actor bemoaned the fact that there were so few opportunities for older Latinas. Our group of casting director teachers responded, “You’re a director. Do you have a camera? You can write? Create your own project and feature yourself. You have all the tools. Don’t wait for someone to ask you to the party.”

I interviewed Candis Cayne, the first transgender actor to be cast on a prime-time television series. “You’ve done an interview for the ‘It Gets Better’ campaign. Can you advise our readers how it gets better when they’re in the middle of difficult times?” Her response inspired the audience. “What you have to realize is that no matter how tough things are now, it will get better. It might take one month, five months, or more. But no matter how dark you’re feeling, you will find a place where you are accepted and will be able to shine and stay strong. It is so important to find a tribe. Surround yourself with people who understand and love you. With that kind of support, you really can get through anything.”

I asked her, “What do you do when you’re offered a role and you don’t feel that it accurately depicts a trans person?” Cayne responded, “I do one of two things. I discuss it with the writer or director and see if they will change it so it properly depicts the trans experience, or I walk away. I really feel like I can be true to the trans experience as an actor by only doing parts that are truthful on my end. But I also don’t want to change how characters react toward trans people. That’s not my job. My job as an actor is to create a meaningful character that is honest and true.”

Marci Liroff
Known for her work in film and television, producer, casting director, and intimacy coordinator Marci Liroff has worked with some of the most successful directors in the world. Liroff is also an acting coach, and her three-night Audition Bootcamp has empowered actors to view the audition process in a new light.
END_OF_DOCUMENT_TOKEN_TO_BE_REPLACED