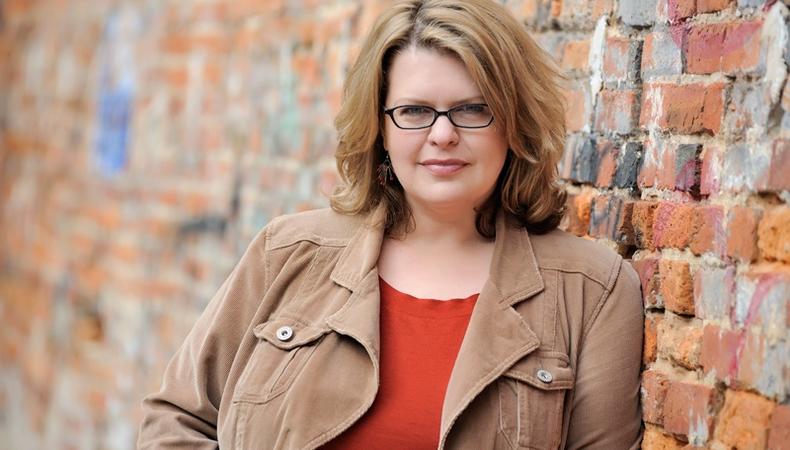 Brette Goldstein (“Hello Lonesome,” “El Camino”) started on the road to being a casting director while interning at a summer theater festival in Washington, D.C. in her early 20s. Goldstein “kept seeing this lady, she would be on the phone laughing all day long and gorgeous people would come by and bring her presents, and she was sitting underneath an air conditioning vent and eating Chinese food and I thought, I don’t know what she’s doing but I want her life!”

After learning that the woman was the casting director, a young, persistent Goldstein begged to be her intern for a day. “I kvetched for days and days, and they finally granted me one day with her,” Goldstein says, “and at the end of the day I said, ‘In six months I’m going to have your job.’ ”

Goldstein says what happened next “must have been the universe telling me what to do.” The woman got a full-time position teaching at Georgetown, and Goldstein got her job.

Since then, Goldstein has cast theater, film, commercials, and most recently television. We got to chat with the New York-based, bi-coastal industry pro about what can make and break an audition.

Value your own time in the audition room.
When asked what makes a great audition, Goldstein says, “I want to throw in something unique, not just the obvious shit like, ‘Be prepared, blah blah blah.’ They get that. Talented and well-prepared but that’s…duh. It’s when actors can actually drop in to themselves that we can actually watch the wheels turn…’cause it’s really important on camera. Part of that is, I guess, really owning the room and the moment—especially the moment before—so they can connect to themselves and connect to their reader.”

Goldstein says a common mistake she sees is actors trying too hard to respect the time of the CDs. “They rush right in, and they’re not grounded…they get in their head. The seasoned actors that do this all the time, they value their own time in the room—it’s almost like a self-worth thing and it’s really beautiful to watch,” she says. “I encourage actors to command that respect from us.”

Know the answers to basic questions.
“The mistakes that I commonly see are that the actors don’t really know what they want, they don’t know their objective—they don’t fully understand the relationship between the characters and the scene—and they don’t know where they are in space and time,” Goldstein explains.

“The energy that you have if you’re sitting in your own living room and I’m talking to you, versus the energy that you have if you and I are sitting in a really busy, loud, crowded restaurant…those are two very different experiences. So I feel like the actors don’t get through those three questions often, and that can tank an audition ’cause then at that point you’re just saying a lot of words!”

Give respect to get respect.
Goldstein’s passion for what she does is blatant when she speaks about actors. In response to what actors should know going into her audition room, she honestly says, “I think that they should know that I’m their advocate, and I know everyone says that shit…I really mean it.”

On a recent film she cast, the producers were late paying the actors and Goldstein took matters into her own hands by calling the unions on the producers, knowing full well she’d never work with them again.

“Im not gonna take it anymore, and I really feel that actors are taken for granted and taken advantage of," she says. "It’s all about collaboration and mutual respect. So if [actors] come in having done the work and they’re excited about the process, it’s gonna be fun. They gotta come in prepared. And when they do, I’m there for them.”

Never apologize for anything.
“Just recently there was an actor who [apologized] in the middle of the scene, and I looked at him like, ‘OK, we’re gonna do another take, but if you screw up don’t apologize.’ And he was just like, ‘Oh, I thought you would just edit that out,’ and I thought, Oh, the audacity! I’m seeing 75 people today, you think I’m really editing out your apologies?”

Dress for the part.
Dressing for the part you’re reading for can not only put you in the mindset of the character, but can help others envision you in the role. “I think that actors should understand that the casting link goes to way more people than are just present in the room, and a lot of these people might not have imaginations. If they think about it that way, then it will inform them being camera-ready, which doesn’t just mean hair and makeup,” says Goldstein.

Know what’s on your hands.
To shake the CD’s hand or not to shake the CD’s hand? “If you’re germ-y and you know it then don’t do it, ’cause that’s rude!” Goldstein says. “I often get sick after audition sessions because of all the contact. I would say as a rule of thumb for actors, wait until the casting director extends their hand first, but for me I would go either way.

“I would just ask that actors know what’s on their hand!”

Brette Goldstein
Brette Goldstein has cast over 40 independent films, 100 commercials, 100 plays, several television shows and new media projects, and was the resident casting director at Washington, D.C.’s Folger Elizabethan Theatre for 10 seasons. She also teaches audition technique at various NYC studios and several universities and has done some serious damage at the craft services table in brief stints as an on-set coach.
END_OF_DOCUMENT_TOKEN_TO_BE_REPLACED