CD Wendy O'Brien on What She's Looking For 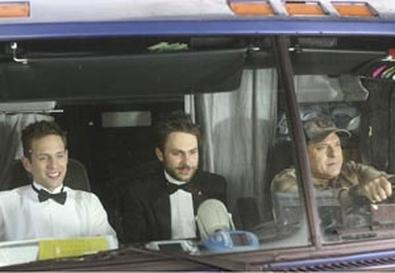 When Los Angeles casting director Wendy O'Brien was in college at the University of Washington, rowing was her passion, but she didn't know what she would do after graduation. Her father, who knew she also loved English and drama, suggested she consider casting. "What's casting?" she asked. "The casting people are the ones in charge of taking what's in a script and bringing it to life," he explained.

Now O'Brien owns her own company, Wendy O'Brien Casting. She currently handles "It's Always Sunny in Philadelphia," "Sons of Anarchy," "Men of a Certain Age," and "Teen Wolf," as well as slew of pilots—and she loves her job.

I didn't know much about casting. My college English advisor had previously worked for NBC, so she gave me one of those industry books and said, "There's a section on casting. Call them." I really liked Patti Kalles in Seattle, who was working on the show "Northern Exposure" at the time. So, my senior year I did an internship with her. Then I stayed on for the full summer. I was there about six months and thought it was fascinating. I just loved it.

After that, I moved to Vancouver and got to work on "The X-Files"—first as an assistant, then as an associate. "The X-Files" was just beginning and it was really cool to watch that series explode. Then I went out on my own and started a casting business with a partner, Corrine Clark, who is still there in Vancouver. I was happy there for two years, but I wanted to work on bigger projects and cast bigger roles. I was often casting the supporting roles and I was really jonesing to do a bit more. Then I had an opportunity to move to Los Angeles and I thought, "Well, why not? Let's see how it works."

We pre-read all the time on every project. My associates Jeff [Gafner], Chris [Gehrt], and I always look through the postcards for interesting faces. We keep a pile of people we want to see on the desk. Postcards are great because you can flip through them easily without having to open envelopes. At the beginning of every project, I go through them. If I think they're appropriate, I'll bring them in to pre-read.

In casting, we're trying to find the right people who have the right tone for each show. For "Sunny," we try to find people who comedically get it. It's a certain type of comedy. It's very grounded, very real. The guest cast are more like "the straight man," and the "Sunny" series regulars are the goofs. You have to have the timing without pushing it or trying to one-up the joke.

"Sons of Anarchy" guest actors need to have such a specific face. Almost everybody there has to have a sort of levity to them or gravitas. You've got to be real and have a "real" face. We can never feel like we're watching an actor. Nothing should pull us out of that moment—where we are, what we're watching, and sometimes the severity of the situation.

In the Casting Office

I think we're a pretty "chill" office. We try to make it really fun. We're always joking around with people. We try to put the actors at ease before they go in to read. It's such a stressful process anyway, so the more we can relax you, the better you'll do. That's only a benefit for us as well. We actively try and make it a really pleasant, relaxed, inviting audition. Especially with "It's Always Sunny in Philadelphia." No producers come to those auditions, so we can do more takes. We usually do it a few times and play around, and so that's really fun.

The Most Important Things

You must have a great photograph that looks like you. I feel like everybody says that, but it's true and it's the most important thing. All you need is one great shot. I don't think it's the same expense that it used to be. Because everything is digital, you need fewer hard copies, therefore printing is cheaper. Plus, because of digital photography, there are some great amateur photographers out there. There's so many pictures that I think are great and actors are like, "Oh yeah, my buddy took that." It doesn't necessarily need to be taken by a fancy professional photographer.

You must be training. If you can't afford class, then get in with a theater group or find a buddy, get material, and work on different things just to keep yourself going. It's surprising how many actors come in and they say, "There's not much going on. I haven't been out on an audition in forever." And I say, "Well, are you taking classes?" "No, I haven't found a class," and there's 100 excuses. Participate in your career. You have to be actively involved. Don't give up. It's tough right now to get an agent and there aren't as many roles to audition for. If it's your passion and something that you truly believe in, keep at it. And really, don't give up. 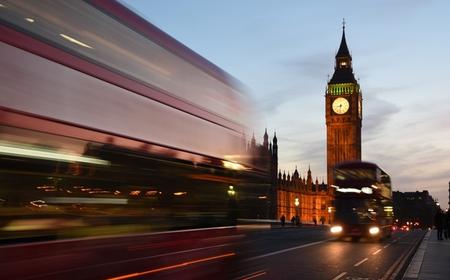