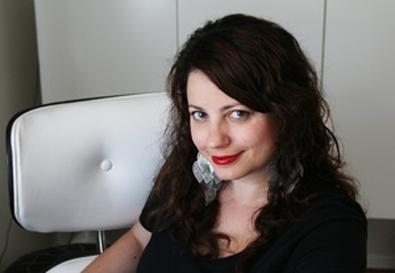 Photo Source: Mathew Milani
Yesi Ramirez was a casting associate for feature films including "Love and Other Drugs," "21 Jump Street," the new comedy "The Watch," and many more during her 10-year career, and she's now going solo as a casting director for independent films. Ramirez's audition do's and don'ts:

"Remember that when you walk into a casting office, you're auditioning from the moment you're walking into that office. Everyone in that room is working on that project, in one capacity or another, and you should be on your best behavior. To me it sounds like common sense, but it usually isn't.

"Once you walk into the actual casting session, if the casting director is giving you direction and you don't understand what they're saying, ask them to clarify. Ask them to tell you in a different way. Don't just say, 'Yeah, yeah, yeah,' and nod your head, because you're going to do it again and it's not going to be at all what they asked you to do. Then the actor misses out on getting the possibility of a callback or getting the role.

"Actors should see casting directors as their allies, because we're there as a tool to help make them better and to help get them the job. I think sometimes there's this bad image: 'The casting director hates me.' If we're a smart casting director, we want to make you better so you can get the job.

"Keep working on your craft. As soon as you stop, you become stagnant. Lawyers have to take classes continually, every year, to be aware of the new laws. I think as actors, you have to continuously take classes and you have to improve your craft, because that's the only way you're going to stay current and be able to excel. I don't care how high in your career you are. You don't just stop learning."

Never do these:
"In one circumstance, an actor was very aggressive in the room with the associate. I was an assistant at the time. When I say aggressive, it was like we-feared-for-her-life aggressive. She was shaking. I think you wouldn't do that to any human being, so you're not going to do it in a casting room. He was in her face, shaking her, and that kind of reaction. Luckily I haven't seen too much of that. You have to also remember your parameters when you're in the room. You're on camera, first of all, so if you're that close to a casting director, you're not going to be on camera anymore.

"And another thing is the use of props. We had a guy audition for us once that came in and had a cigarette, and he started smoking it. I'm allergic to cigarette smoke, so he ruined the rest of my day. Without asking, he just pulled it out in the middle of his scene and started smoking. First of all, it's illegal, and second, it's inconsiderate to the people around you. But hopefully those kinds of things don't happen very often. You would think they wouldn't ever, but ... "