CDs and Actors on Getting the Most out of Callbacks 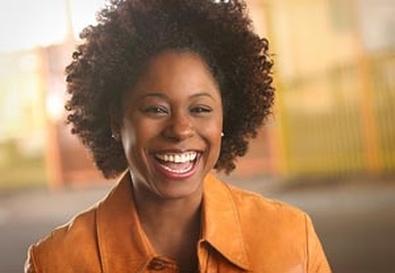 The phone rings and it's your agent. Your heart skips a beat—you have a callback. For an actor, the callback audition is perhaps the most tangible form of validation. Somebody in the business likes your work, and they want to see you audition for the role again. You're one step closer to booking the job and it feels great.

L.A. actor Nicole J. Butler understands that making it to the second round is the equivalent of positive feedback on her work and an opportunity to strengthen her professional relationships. Says Butler, "If you were called back, that means that they like what you did. You have some new fans. If you get the gig, great. If you don't book it, it's okay. They'll call you in again." New York–based film and TV casting director Gayle Keller encourages actors to view the callback as the goal and booking as the icing on the cake. She says, "I bring in actors because I think they are right for the role. It doesn't matter if they get the job or not in the callback. The percentage of jobs compared to the percentage of actors is so vast."

Although the stakes at a callback may be higher than the initial audition, it doesn't need to be a stressful situation. New York–based actor Laurel Devaney relishes the chance to dive into the work with renewed vigor. "Specificity is a gift to any artist," she says. "Callbacks are such fun for me. [As actors,] we work in ensembles, so the opportunity to continue developing a role is a generous invitation from a creative team. Sometimes the initial audition is as general as a monologue or an interview. In that case, the callback is really the first time I have the opportunity to work with specific circumstances. Any way you cut it, it's a gift."

The callback is not the place to try out a drastically different approach to the material. "A callback is just seeing the actor again," says Keller, "and depending on the director, working more in depth with the actor on the role. Do what you did the first time but be able to listen and hear if any direction is given to you." L.A.-based film and TV casting director Craig Campobasso encourages actors to trust the feedback they received at the initial audition. He says, "If we say that's the way we want you to do it at the callback, do not go to a coach. We know what the director is looking for. But of course be ready for direction from the director."

NYC commercial CD Anthony Pichette believes the primary focus of the callback audition is to determine whether the actor can take direction. Says Pichette, "The callback is a great opportunity for the director to get a better feel for the actor. The director and clients have to work with this person for sometimes eight to 12 hours straight, so they want to pick someone whom they can manage for that long of a period of time."

Many actors view the callback as an opportunity to strengthen their initial choices and to become more familiar with the material. Preparation, professionalism, and flexibility are key to a successful callback. Butler prepares for a role multiple ways to avoid being thrown in the room. She says, "When I get into the room, my choices are already made. If I am given direction, I incorporate that and deepen my character work. Other than that, I don't mess with it too much. If I got a callback, casting must've liked what I did the first time around."

At a callback, competition can be fierce. Although a repeat performance of the initial audition may be sufficient to book the job, a bold choice within the context of the material may tip the scales in an actor's favor.

L.A.-based commercial and TV casting director Francene Selkirk thinks actors should take risks from the first audition to the callback to distinguish themselves from the crowd. Says Selkirk, "What does 'taking risks' mean? It means being confident and prepared to react on a dime and having had on-camera classes so you know that nothing is ever the same at the callback. It's an actor's job to always be ready for anything."

Pichette tries to guide the actor through the callback process. He says, "As far as risks, if you leave anything in your pocket that you think you should have done in the audition, then that's your fault. I would recommend trying something bold at first, looking at the director's reaction or listening to the director's reaction, and adjusting accordingly. Sometimes bold just doesn't mean act like a nut; it means very subdued and low-key. I often try to give some hint to the actor to make a bolder move because the director will only try so often before they assume the actor just can't do it. I know many of the actors quite well, so I know when they are holding back and I try to help those I feel need a good kick in the butt."

Bicoastal actor Tanya Perez likes to improvise when it fits the callback. "Commercials are a great medium to improvise, and you are usually told in the room when you can," she says. "Sometimes I like to take that risk if it fits the role for plays or TV and film auditions. Improv does not mean playwriting. I definitely respect the writer's voice, but if it gets me the role to add what I think fits, then I am going bold with my choices."

Likewise, NYC actor Kenneth Lee strives to make strong choices in the audition room. "Risks are hard because actors aren't mind readers," he explains. "Often, we're given an original script, or a side without the entire play. If the audition is a published play, I make a point to read it for as much information as I can to justify choices I make, but with original work, the full text isn't always readily available. So, you do all the research you can and you pick a strong choice and you run with it, and you pray as hard as you can that the people on the other side of the table can imagine you in the role. Every choice an actor makes in the audition room should be a risk. Because what's the alternative? Something safe? Zzzzz…."

If an audition becomes too safe or otherwise goes off track, the job is not necessarily lost. Actors can use various "rescue techniques" to refocus their performance. Often, a deep breath is all that is needed to save the audition. Says Pichette, "If you feel you are not being yourself or the pressure/nervousness is overwhelming you, just take a breath, ask a question of the casting director or the director, try to stall and just regain your composure."

Perez knows that auditions don't always go as planned. She empowers herself in the situation by taking charge of the room. "Be prepared to be thrown," she advises. "If you don't understand something, ask questions. New copy? Take the time to read it if that's what you need. I look back on callbacks gone wrong and I know for a fact that it's because I carried anxiety into the room with me. Now I tell her to wait downstairs."

Devaney finds that her auditions derail most often when she is not listening and responding organically. "Listen, listen, listen!" she admonishes. "Two ears for every tongue. If I think it's not going well, it's likely I'm pushing without really taking in anything and responding. If I feel I'm lost in the material, self-conscious, 'them'-conscious, or overly aware of the audition as a place to prove myself, I try to switch gears, slow down, and remember that I am a person interacting with another being in a specific world in our imaginations."

A strong opening is key to a successful performance, but it's easy to jumble lines and character intentions if you're nervous. Offers Campobasso, "If you start your audition without your intention, stop and say, 'I would like to start over.' Take a deep breath and go for it." It's your time to shine. Ask for what you need, take control of the room, and deliver your best performance.

It's natural to play back an audition in your mind and to scrutinize every detail, but playing that tape over and over is often counterproductive to artistic growth and, perhaps more important, your mental health. For Perez, dealing with the roller-coaster ride is a process. She says, "You have days when you walk away [from the callback] on cloud nine and days when you just can't shake it. A friend taught me a great trick: Take those sides and trash them after a callback. Leave it alone. Go on with the next project or the next date in your day. I call someone as soon as I'm done because it helps me move on to the next thing. It's a lot of effort to constantly work on new characters and to bring yourself to each piece. I understand that most of the time it's about me building a play box of roles for the one that I do book."

Says Lee, "You never judge your performance at a callback by whether you get the job or not. You judge it by knowing if you've done the best you know how at the time. You learn what you can from it, and then you leave the rest right there in that audition room. Everything else is beyond your control." Butler offers, "I know that I naturally tend toward neurosis, and that I don't need any after-callback anxiety hanging around to add to the situation. I process what I did in the room: How do I feel about what I did? Would I do anything differently if I could? Did I get any [verbal or nonverbal] feedback from the people in the room? And then I let it all go. It's no longer in my hands."

A callback is an important next step in building industry relationships and credibility. Though moving to the next level is necessary to secure work, the callback should be viewed as validation in and of itself. Your work has been noticed and rewarded. Says Devaney, "Avoid assumptions and speculation as to why you are there. Don't worry about who else is in the waiting room. Comparing and judging is futile. Have fun! You've already been selected out of who knows how many to be there. You've already won. Now just show up!"

And who knows? You just might book the next gig. Says Selkirk, "I book actors almost every day. Why can't it be you?"