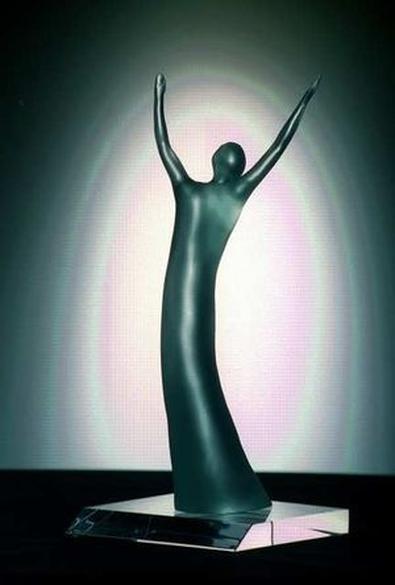 Celebration Theatre’s musical production of “The Color Purple” saw the buzz its run generated turned into a glittering haul of statues at the Ovation Awards Monday.

Center Theatre Group was the overall winner of the night, bringing in five awards alone for “Waiting for Godot” at the Mark Taper Forum, including best production of a play.

It also won the night's top honor for best season.

In total, CTG took home 13 statues (one was an Ovation Honor for video design for Brian Gale). The decision to hand out honors instead of awards in certain categories had generated controversy in the lead up to the event.

But the ceremony was largely free of discord, except when “Mike & Molly” creator Mark Roberts wondered aloud, “How much is a teleprompter?” as he fiddled with a stack of cue cards.

And there will likely be more questions asked in the city’s theater community after the Geffen Playhouse was shut out despite 11 nominations. Even Jane Kaczmarek, who starred in the Geffen’s “Good People” and served as a co-host for Monday’s ceremony, lost out to the CTG. For the “Malcolm in the Middle” star, that meant the trophy for lead actress in a play went to Pascale Armand in “The Convert.”

“The Geffen obviously is one of the anchors of our whole community,” Kite, chairman of the LA Stage Alliance’s board of governors, told Backstage. “They win sometimes, sometimes you don’t. It switches around. That’s how it goes. We all know they do great work over there.”

Musical Theatre West was third in the total count with four, including one for featured actor in a musical, which went to former “American Idol” contestant Todrick Hall in his first acting role as Seaweed J. Stubbs in "Hairspray."

Meanwhile, Celebration’s win for “Purple” could mean more musicals will be in the offering from the LGBT playhouse. “L.A. wants more musicals,” said Michael Kricfalusi, Celebration Theatre’s executive director. “This was the most expensive show we’d ever done. Now, our new musical, ‘Justin Love,’ is even more expensive. But we’re getting more money to be able to deliver shows. We’re putting the money into the right places, into the actors, into the directors, into the talent that make the show.”

The awards, which are the city’s only peer-judged theater honors, were given out at the historic Los Angeles Theatre, one of 12 so-called movie palaces that line South Broadway in downtown. A total of 191 nominations were made for 77 productions. The 2011–2012 theater season in Los Angeles included 400 Alliance-registered productions by 173 companies.

Below is a full list of last night’s winners:

BEST PRODUCTION OF A PLAY (INTIMATE THEATER)
“Peace in Our Time,” The Antaeus Company

DIRECTOR OF A MUSICAL
Michael Matthews, “The Color Purple: A Musical,” Celebration Theatre