How Changing Your Outlook Can Change Your Acting Career 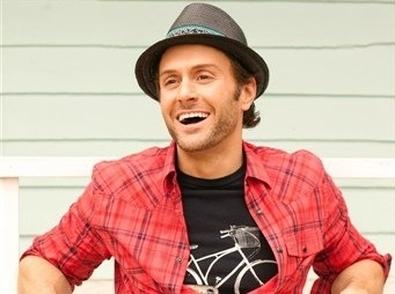 Let's go for big change. It's a new year, and spring is around the corner. For the sake of your burgeoning metamorphoses, let's assume you submit online daily, send out monthly marketing to maintain your industry relationships, audition often, attend workshops to build new relationships, and continue to hone your craft in class. You truly are an actor.

Yet, you know there’s more outside your cocoon. Here’s a question little caterpillar: Do you build relationships with these "job-givers" through personal one-on-one interactions? Yikes! I can hear all those loud, fearful caterpillar thoughts: What? Whoa! How?

We're going for big change because we want big results, right? In order to transform, we will need to experience vulnerability en route to flight.

Start by taking a look at the “job-givers” you've worked with in the past. Make a list. Include the playwright, the commercial director, the film producer, etc. Now, ask one of those people to coffee.

What will I say? Why? Why would she want to sit down with me? What will we talk about? What do I have to offer?

Think of it this way: You don't want anything from this person, you only want to get to know her better. You’re building a relationship. Seth Rogen isn't cast in every Judd Apatow movie because he auditions for them. They're friends, and hey have a relationship (ever since Apatow's 1999 television series, “Freaks and Geeks”). Keep in mind, Seth has a gigantic career and much of it attributable to ONE relationship.

People love to talk about themselves. Try this on for size: "I want to sit down with you and hear about your journey in this business. It's such an unpredictable industry I'd love to hear your story of how you got to where you are."

I promise you when you sit down for this coffee, your soon-to-be friend will ask you, "What have you been up to lately?" or "How did you get to where you are?" or "How can I help you?"

Ready for a bigger challenge? Create a weekly/monthly/annual event and invite these industry people, every time. It doesn't matter if they come. These people will begin to learn more about you by your interests. For example, I have one client that created a charity walk for a dog rescue. What do you know about her already? She loves dogs, she's motivated, she's caretaking, and she's social. She sounds like an interesting person that anyone would like to meet.

Quiet your caterpillar thoughts, we're flying like butterflies in 2013.

Brian Patacca is an actor, television host, spokesperson, and career and life coach. He is the founder of Actor Salon, which is located in Los Angeles and New York. Brian's diverse background has given him the foundation to intuitively help each actor reach his potential. Brian earned a degree in theater from Northwestern University. He launched a successful career in marketing and business at Serino Coyne Advertising Agency and has offered career consulting services around the globe with TVI Actors  Studio.   He has starred Off-Broadway in "The Donkey Show," toured internationally with the boy band The Honeyboys, and has made television appearances on "Desperate Housewives," "Guiding Light," "Ringer," and more than 70 commercials.

Brian Patacca
Brian Patacca has helped 432 actors find representation (and counting!). He’s the creator of Facebook’s Get More Auditions Community where he’s known as The Representation Whisper. His style is no-nonsense, high-energy, and hyper-focused—and his coaching lands at the corner of creativity and commerce. He is a contributing expert to Backstage Magazine for over a decade.
END_OF_DOCUMENT_TOKEN_TO_BE_REPLACED