Channeling Your Nerves: How to Use Fear to Create Character 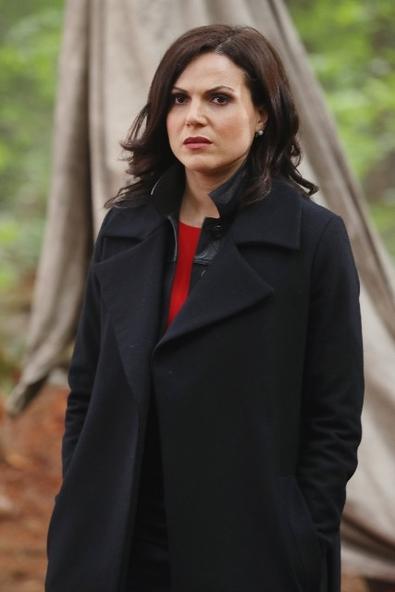 Collaborating with the creative team can help actors understand where their characters are coming from, but sometimes not having all the answers can lead to unexpected moments of discovery.

“Doing ‘Scorpion’ is like going to the gym for an actor, because we get to do everything and you don’t get much time to think about it. You’re doing a scene where you propose marriage—go. You’re doing a scene where you’re about to die. Go,” says Eddie Kaye Thomas (Toby Curtis), acknowledging that sometimes it’s nice to be able to react in the moment rather than analyze every detail in advance. Cast mate Jadyn Wong (Happy Quinn) adds, “I think that’s where the spontaneity comes up, and just the nuances.” While the spoken words are scripted, Thomas notes that a lot of the “acting moments” the audience sees are spontaneous.

Collaborating with a scene partner can offer more character exploration, but when the scene partner you’re playing off of is your character’s alter ego unexpected challenges can arise. While “Once Upon a Time” actor Lana Parrilla has come to know both Regina Mills and her counterpart The Evil Queen, she’s never had to introduce the two characters. But for season six, Parrilla found herself playing hostess to the vastly different personas. “What ends up happening is you have a double who’s dressed like me and then I have to think in advance ‘what am I gonna do on that side?’ So I have to come totally prepared for both sides before we start so I can help my double.” Parrilla, who uses a combination of preparation techniques, showed up for the alter-egos first face-off ready to play Regina, but was challenged by an unexpected circumstance. “They were like, ‘What are you going to do as the Evil Queen?’ and I said, ‘Well, I’m, I mean, we’re not shooting that until tomorrow. I don’t know yet.’ Like, I have an idea, but it’s different once I put the costume on—it changes me. There’s choices and preparation, of course…. But then you kind of throw it all away and just discover what’s going to happen in the moment and it’s hard to do that when you’re playing one side and your double is playing the other.”

Challenges can also come from facing your fears. Vera Farmiga who plays the emotionally unpredictable Norma Bates on "Bates Motel," credits the character for keeping her on her toes and stretching her as an actor, especially when the piano-inclined actress had to exercise her vocal talents. “There have been things that I've had to do that I've been so terrified of, like ‘Maybe This Time.’ Singing that in front of an audience… I never sang in front of people (before).”

“Zoo” star James Wolk is no stranger to facing fears, or discovering new ones. For one scene Wolk, who plays Jackson Oz, had to crawl through a fake molehill. “I learned that I was claustrophobic and so that was terrible because I learned on a set of, like, 90 people waiting to shoot.” The discovery delayed production, but after a dry run, Wolk regained his confidence and they were able to shoot the scene. Since Wolk didn’t realize he was claustrophobic, the production didn’t do a test ahead of time. When they had spiders in a scene, they did a test putting the spiders on the actors. “Apparently small spaces and squirrels [are a problem], but spiders don’t bother me,” says Wolk.

Ready to follow in these actors footsteps? Search Call Sheet’s Managers List to push your career to the next step!

Melinda Loewenstein
Prior to joining the Backstage team, Melinda worked for Baseline StudioSystem tracking TV development. When she's not working, she enjoys cuddling with her cats while obsessively watching every television show to ever air.
END_OF_DOCUMENT_TOKEN_TO_BE_REPLACED