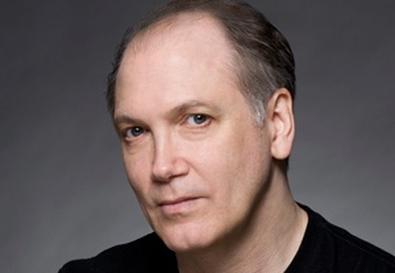 The performance that had the most influence on me was Charles Ludlam in "Camille," which he wrote and in which he played the female lead, Marguerite Gautier. I first saw him do it at the Evergreen Theatre on 13th Street in New York City in 1973. Then when I was at Northwestern University, his Ridiculous Theatrical Company did a series of performances at the University of Chicago, so I schlepped over there to see it. Later, when he took over the theater at One Sheridan Square, he did it there many times in repertory. I had never before seen a writer-performer and someone who had his own company. I had never seen drag in a truly theatrical context. He also had the same frame of reference of opera, theater history, and classic film as me. He was like a wonderful bucket of water awakening me to the possibility of making your own work instead of just hoping to be cast by someone else. I could create my own theatrical world.

He had this magical aura of decadence about him. There was this element of danger, while at the same time he was hysterically funny. That's an odd, difficult mix. It was also fascinating that he was a rather homely man and made no effort to physically be a beautiful woman. But the power of his performance made you believe that he was a desirable, glamorous lady. He even exposed his hairy chest by wearing an off-the-shoulder gown, and it didn't matter. You just believed; you wanted to find out what happened to Marguerite. It was a wonderful tightrope that he walked between sincerity and outrageous, burlesque comedy. There were moments when he parodied the Garbo film version of the story or he evoked Tallulah Bankhead. Yet there were moments when you were genuinely touched and you believed the love story.

We all have to be unique and have our own gifts to offer. I can't be Charles Ludlam-I don't have his edge of danger-so I have to be who I am, but I was certainly influenced by his use of cultural montage, by which I mean his references to pop culture and classical literature. I also appreciated his use of drag in a theatrical setting. He played a female character, as opposed to a "Some Like It Hot" situation in which a man is posing as a woman. When he would slip into voices of famous people such as Garbo or Bankhead, there was always an intellectual justification for doing so. It wasn't as if he just threw in an imitation of Judy Garland. Garbo and Bankhead had played Marguerite, so there was a reason for it. When I played the Mother Superior in my play "The Divine Sister," I evoked Rosalind Russell, who famously played a nun in "The Trouble With Angels."

He had the most extraordinary voice; it was the most flexible instrument that could sound like an entire orchestra. That was another inspiration for me. I wanted to train my voice as a vehicle for expression.

When I was starting my career as a solo performer, I desperately wanted Charles to see me. I kind of stalked him, and he finally came to a show at a tacky little cabaret on Hudson Street. He was doing his plays in repertory at One Sheridan Square. He had a lot of dead time to fill, and he asked me to do my show in the late-night slot on weekends. He gave me the opportunity to be in one place long enough for people to come see me and review me. It was a great thing to be able to perform in his theater. In those days I wasn't in drag; I was in a kind of neutral outfit. Later I was doing my show at the Performance Garage, and Charles' lover Everett Quinton ran the lights for me. Charles sometimes would pick him up after the show. At one point, Charles said to me, "Your female characters are stronger than your male characters. Why don't you just play one female?" At the time, being very young, I thought, "That's a stupid idea." It wasn't until years later that I did just that, and my career turned around. He was full of wisdom, and his performances and influence will remain with me always.

Charles Busch is the author and star of such plays as "The Divine Sister," "Vampire Lesbians of Sodom," and "The Tale of the Allergist's Wife," which ran for nearly two years on Broadway and received a Tony nomination for best play. He wrote and starred in the film versions of his plays "Psycho Beach Party" and "Die, Mommie, Die!"; the latter won him the best performance award at the Sundance Film Festival. In 2003, Busch received a special Drama Desk Award for career achievement as both performer and playwright. His new play "Judith of Bethulia" opens at Theater for the New City in New York City on March 30.