Charlie Day’s No. 1 Key to Success 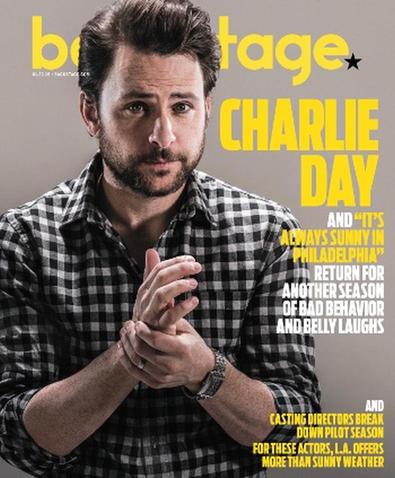 Now in its 10th season, FXX’s “It’s Always Sunny in Philadelphia” has never gotten its due. The ongoing comedic odyssey of five utterly horrible (and yet indisputably lovable) bar proprietors, this scrappy, handmade sitcom receives good reviews but doesn’t end up on many end-of-the-year lists. It’s a syndication staple and one of the first great comedies of the basic-cable era, and yet it’s received a grand total of two Emmy nominations—and those were for stunt work.

But this lack of gaudy acclaim is perhaps appropriate for a slyly smart sitcom about American mediocrity: “Sunny” is so ingeniously dumb you have to pay attention to realize how incisive it is about topics like intolerance, jingoism, and gun control. (This, of course, is when the characters aren’t staging their own “Lethal Weapon” sequels.) And that under-the-radar charm certainly fits Charlie Day, one of the show’s appealing, modest stars. Although he’s seen his profile rise in recent years—largely thanks to his involvement in the “Horrible Bosses” films—Day will perhaps always be associated with Charlie Kelly, the overly emotional simpleton and artiste of “Sunny.” And as he sits in a Los Angeles studio, he won’t argue that the show doesn’t get enough critical respect.

“It’s a mixed bag ’cause, on the one hand, obviously we’re grateful to have lasted as long as we have,” he says. “Maybe part of that is because [‘Sunny’] hasn’t been shoved down the audience’s throat. You know, you’ll see these shows—and they’re great—but they get so written-up that it almost turns you off to them. The blessing in disguise is that people don’t get sick of you.” Day laughs in the self-deprecating manner that is his habit.

But thinking about this question of critical acclaim some more, he adds, “The other side of it is—look, it’s hard year after year to be ignored, to constantly see the lists of, like, the 10 greatest comedies on television, and we don’t seem to be on those lists a lot. Or, frankly, on the cover of magazines. Or any sort of awards. You know you shouldn’t care about it too much, and that’s the healthiest thing to do. But we can’t help but sometimes be annoyed when people say, ‘These are the comedies that are worthy,’ and to not be on those lists. I think our show is as good as, if not better than, any comedy out there.” 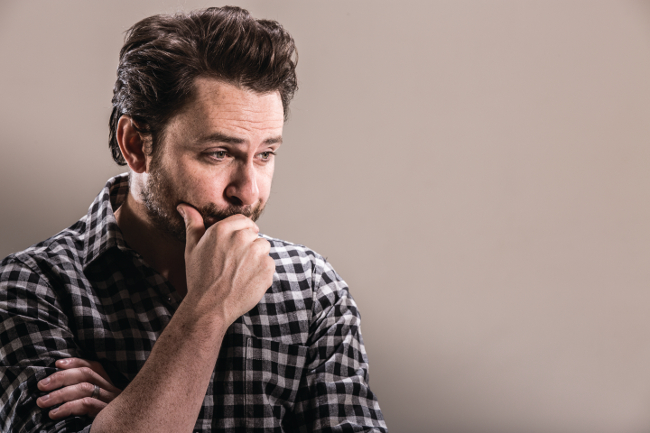 Many shades calmer and more introspective than his “Sunny” character but equally sweet-natured, the actor knows how lucky he is. Where other sitcoms burn out or get progressively coarser over their runs, “Sunny” has remained a model of consistency. Laughing, Day interjects, “Well, [the characters] started all dumb and mean…” But that’s not to suggest that the “Sunny” brain trust don’t have an ongoing discussion about where the line is for the show’s brand of stupid-smart comedy. “Things will feel too stupid or too mean—or even too smart—and you’ve got to dial it back,” Day insists. “I think there are times where we’ve made some of the characters too dumb—certainly myself.”

If he sounds more invested in (and critical about) his show than the typical sitcom star, it’s because, from the beginning, he and his fellow executive producers and co-stars Glenn Howerton and Rob McElhenney have been a hands-on unit, working with a close group of co-writers and other creative partners to ensure quality control. “Nothing’s more devastating than when we feel like we’ve screwed up an episode,” Day says, “because the buck stops with us. We can’t blame anyone else—it’s our fault.”

Part and parcel of the lack of appreciation for “Sunny” can be an inability to grasp the deftness of the performances. Day isn’t the sort to describe his preparations to play the fictional Charlie as a “transformation,” but he does confess that each time a new season starts shooting, he has to reorient himself to get onto the character’s wavelength. “Every season I think, Wait, I’m not getting it right. I forget who this guy is,” Day says. “And then you just get loose and you let that go. Then I get in the editing room, and I can’t tell which scenes were shot in the beginning and which weren’t—but [at the start] there is a little bit of, ‘All right, I’ve got to remember how dumb this guy is.’ ” 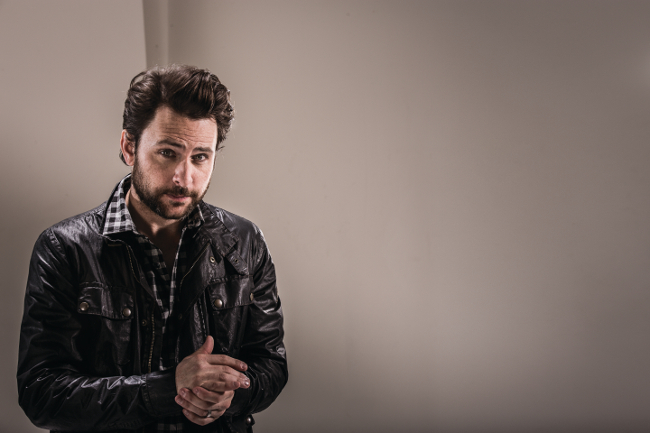 But it’s not just dumbness that makes Charlie Kelly such fun. Phil Lord and Christopher Miller, recently the directors of “The Lego Movie” and the “21 Jump Street” films, started out in the business around the same time as Day, when they all became friends while working on the short-lived 2003 Luis Guzman sitcom “Luis.” “The great thing about [Day] was that he was up for anything, no matter how ridiculous,” Lord and Miller write in an email—and they weren’t surprised when he later found success on “Sunny.”

“It’s an amazing feat, a show that is so smart and clever but the whole time you’re watching a bunch of idiots,” they write. “And honestly, the glue of the show, the element that makes it really last, is Charlie. The other characters are also idiots, yes, but they’re smart enough to know they’re despicable people and they wear it with a badge of pride. But Charlie’s character is too naive to know any better, and has a sweetness that makes you root for him and feel for him.”

When Day started auditioning, he scored acting jobs on dramas like “Law & Order,” and he’s still interested in tackling more somber work. (In fact, he mentions that he’d recently been cast for a part in a dramatic film, but “I unfortunately had to back out due to some schedule conflict that couldn’t be worked out. I was really disappointed, because it was a good one.”) And yet, to hear Day tell it, the early days saw him struggle when trying out for comedies, failing to book gigs on movies like “Wet Hot American Summer” and “Road Trip.” The trick was to become natural in front of the camera.

“The more stuff that I did just with friends at home with a video camera, the more I saw myself—and the more I saw what I thought was working and not working,” he says. “When I lived in New York with the actor Jimmi Simpson, we always were running around with video cameras just shooting weird, random, funny [bits]—you know, put on wigs and fake teeth and try to make each other laugh. I think that’s why Rob and Glenn came to me and said, ‘Let’s make “Sunny.” ’ It helped to just see myself on camera and say, ‘All right, this is too much.’ ”

Still, Day is not someone to deconstruct comedy. With a chuckle, he says, “As a creative person, I feel like the second you really know what you’re doing, isn’t that when you’re no longer being creative?” He just sticks to the scripts that he and his co-writers produce. “What is the biggest part of acting?” Day asks, with a laugh. “Script comprehension! That’s the first thing: Do you understand what’s happening? And why you’re saying what you’re saying? When you’ve written the script, you understand every word and why it was written that way. The years of doing that [for ‘Sunny’] have helped me with reading a script [for other projects], being on set and knowing what the director wants out of the scene, understanding what the writers are going for. Writing and acting: The two feed each other.”

With Season 10 about to unspool, Day and the rest of the “Sunny” gang will start writing Season 11 this month. Day knows that there will be a time they decide to say goodbye to Paddy’s Pub forever, but not yet. “I’ll have college kids come up to me and say, ‘Hey, I grew up watching the show,’ ” he says. “It’s what you hope for when you’re making anything creatively: That it resonates with someone. That’s a completely satisfying, rewarding feeling, to make something and to have people respond to it positively. Trophies or a magazine cover or whatever…”

He trails off, then starts over. “To see in someone’s eyes that you’ve touched them in some way—that they truly love the show the way that we love the show—it’s almost like pulling off some kind of magic trick. Like, ‘It worked!’ ” 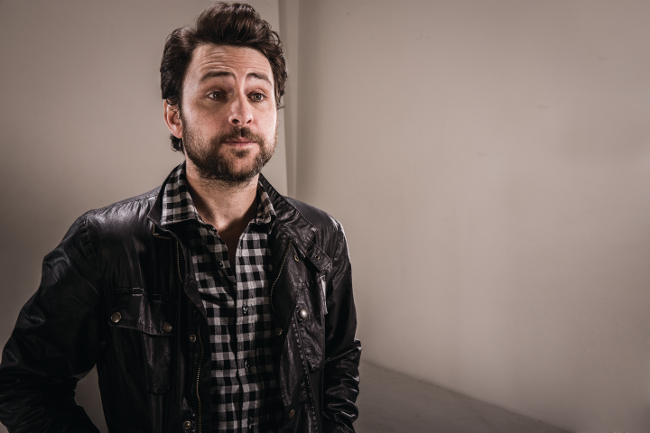 Looking back on a decade of “It’s Always Sunny in Philadelphia,” with two more seasons already guaranteed, Charlie Day finds it amusing that the show’s early days have become something of an industry legend: How a handful of unknowns shot a low-budget pilot on their own and shopped it around, which led to a deal with FX and an eventual cult following. “The story of it is built up as this extraordinary thing,” says Day. “But if I think of anybody’s career… What is Ben Affleck and Matt Damon but them going out and making ‘Good Will Hunting’? They were working, they were doing all right, but that put those guys on the map. What is Woody Allen except a guy who said, ‘I’m just gonna make my own movies and star in them’? So it’s funny that [‘Sunny’ is] sort of hailed as something that people don’t do, because it really is something that people do. People generate work for themselves.”

And, he argues, the supposed risk of taking a chance on making “Sunny,” rather than sticking with the traditional auditioning track, was mitigated somewhat by the fact that auditioning is no guarantee of success, either. “I can only think of one show during all the time that I was auditioning that went a long time and was a hit—and that was ‘The Office,’ ” Day says. “I have friends who would get cast in pilots and then the pilot would not get picked up or they would [only] do seven episodes. They’re still in that game. They’re still like, ‘Well, I hope the next pilot season is a good one.’ And it’s tough; it’s a lot of faith and luck and being at the right place at the right time.”