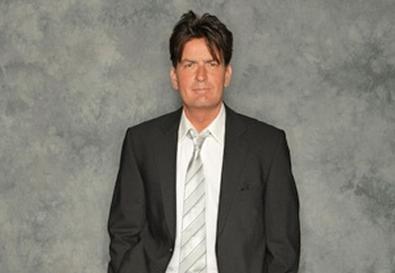 The project will have Sheen play a reworked version of the flick's Jack Nicholson character, an ex-athlete who becomes a counselor to defendants in the criminal justice system while dealing with anger management issues of his own. Sweetening the deal for the scandal-plagued star is a significant profit participation component.

"I chose 'Anger Management' because, while it might be a big stretch for me to play a guy with serious anger management issues, I think it is a great concept," said Sheen. "It also provides me with real ownership in the series, a certain amount of creative control and the chance to be back in business with one of my favorite movie producers of all time, Joe Roth."

The arrangement, the brainchild of Lionsgate chief executive Jon Feltheimer, marks a reunion for Roth and Sheen, who have worked together on five films, including "Major League" and "Young Guns." For their part, Roth and Debmar, a wholly owned subsidiary of Lionsgate, teamed for TBS's Ice Cube-produced sitcom, "Are We There Yet?"

"Our sitcom model is all about building well-known brands around extraordinary talents like Charlie that, thanks to their large profit participation, are highly motivated to succeed," added Bernstein and Marcus in a joint statement. "It's not every day you can roll out a sitcom featuring the star of the biggest TV comedy of the past decade."

Since the news first surfaced, at least six cable networks and two major broadcast station groups (likely Tribune and Fox) have approached Debmar. But the next step before shopping the project to potential buyers is to secure a showrunner. From there, buyers and the remainder of the cast.

Added Lionsgate Television Group president Kevin Beggs, "We always look for series ideas that are noisy, accessible and relevant... With a star of Charlie's magnitude, a producer as venerable as Joe Roth and a branded property as compelling as 'Anger Management,' this show has unique upside while still adhering to our disciplined business model."

Debmar is best for known for pioneering innovative distribution models, including one by which 10 episodes of a show are traditionally ordered straight to series. Assuming the effort in question hits a certain ratings threshold, a jaw-dropping 90 or so more are ordered. In this case, the specific template employed will be contingent on the buyer.

To date, the template has proved successful with Tyler Perry's "House of Payne" and "Meet the Browns" as well as more recent entry "Are We There Yet?." All three air on TBS, which will soon add a third Perry vehicle, "For Better or Worse," adapted from his "Why Did I Get Married?" film franchise. (Debmar is also behind daytime strip, "The Wendy Williams Show.")

The news comes as Sheen is still embroiled in legal fall-out from his March firing for top-rated comedy. The actor is currently suing "Men" co-creator and executive producer Chuck Lorre for $100 million for allegedly engineering his ouster from the CBS sitcom.