Chicago’s Storefront Theaters Are a Hotbed of Talent 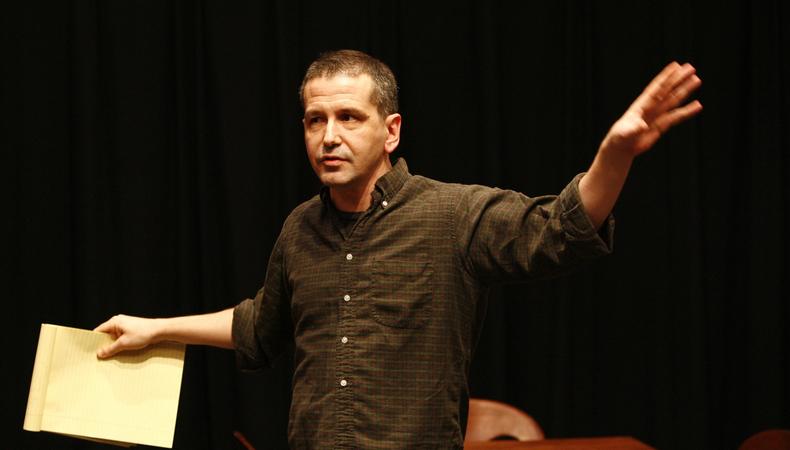 What is a storefront theater? Ask three artistic directors this question, and you’ll get three different answers. “Small, non-Equity house.” “Itinerant company.” “A theater in a storefront.” The only aspect that everyone can agree on? It’s a place where adventurous and often—though not necessarily—young talent take impressive risks.

“Storefronts are a place where artists can experiment with the full range of their potential,” says Deb Clapp, executive director of the League of Chicago Theatres. “It’s almost like it’s easier to fail here so it’s easier to take a risk. I don’t think artistic talent gets developed without risk taking.”

According to an undated study, the city boasts 250 professional theaters, but Clapp says there are probably closer to 300. Many renowned companies in Chicago, such as Steppenwolf (started by Gary Sinise, Jeff Perry, and Terry Kinney) and Lookingglass (co-founded by David Schwimmer), began as basement projects and have emerged as world-class, Tony-winning houses.

“You really can be 25 and have an idea and put a show up for a little while that people will come to without going broke,” says Halena Kays, artistic director of the Hypocrites.

The Hypocrites’ claim to fame is the David Cromer–helmed production of “Our Town” (pictured), which transferred to New York and turned Cromer into one of the most in-demand directors in the business. “He was just my friend I loaned money to,” Kays says with a laugh. “There’s a lesson in Cromer’s success of just keep making things with people you like and things you believe in…. It takes a certain amount of insanity to keep doing it, but it’s also really inspiring.”

But Kays advises actors against thinking Chicago is a place to gain fame. “There isn’t that dream that L.A. and New York have,” she says. However, finding a work-life balance, paying your rent, and working consistently on the storefront level is easier than getting work in New York or in film. The environment thrives on collaboration and interaction between companies at all levels of the process. “When I see a new young actor that’s fantastic, I don’t want to just hoard them to myself,” says PJ Powers, artistic director of TimeLine Theatre Company. “I’m emailing friends at other theaters saying, ‘You need to know about this person.’ ”

TimeLine holds general auditions in the spring, while other companies work with casting directors such as the recently launched Two Birds Casting, which works with many storefronts. Other companies, like the Hypocrites and Profiles Theatre, rely on their base ensemble to fill roles and then expand. But the best way to get cast and involved with the community is to see as much theater as you can, find companies that speak to you, reach out to volunteer or usher, or send an email.

“Just send your headshot and résumé,” adds Darrell Cox, artistic director of Profiles. “If someone sends us an email, we’ll respond. We actually seek—and a lot of other theaters do too—young and fresh faces.”

Sometimes those faces make their way to the bigger houses and even to New York. Madison Dirks, who starred as Nick in the Broadway revival of Edward Albee’s “Who’s Afraid of Virginia Woolf?” started working on the storefront level and was cast in the play during its run at Steppenwolf. He landed his Equity card and later his Broadway debut.