Why Chiwetel Ejiofor Almost Turned Down '12 Years a Slave' 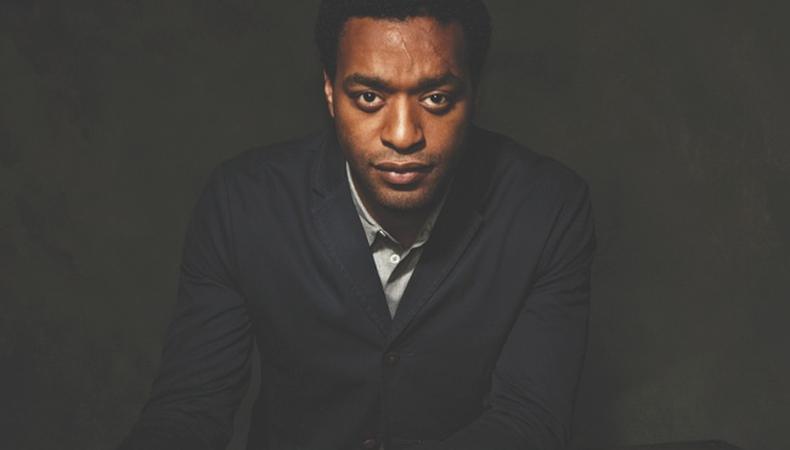 Do not underestimate the eagerness with which people await “12 Years a Slave.” The Toronto juggernaut that reduced even jaded New York film critics to gushing, sobbing fans of the sort that seemingly went out with the “Twilight” franchise is coming to theaters Oct. 18 with expectations at a fever pitch. And even the blasé crowd at the downtown-cool Crosby Bar in the Crosby Street Hotel is feeling the fervor.

“I didn’t want to interrupt, but I saw you when we sat down. You know New York—we like to play it cool,” a woman sitting at an adjoining table leaned over to tell “12 Years” star Chiwetel Ejiofor as we finished our interview. “But I’m so excited about your new movie!”

“She is!” her companion chimed in. “She was just talking about it on the way over. And here you are!”

“I saw you too,” the woman on our other side added conspiratorially. “I’m a fan.”

This is my first encounter with the Public, despite speaking to high-profile actors in high-profile places for the better part of a decade. But if the actor with the vowel-heavy name (pronounced “CHEW-eh-tell EDGE-ee-oh-for”) at first seems an unlikely candidate for recognition, at closer look his surprisingly vocal fan base makes perfect sense. He’s spent years making a name for himself in films as disparate as “Dirty Pretty Things,” “Kinky Boots,” and “American Gangster.” And with “12 Years a Slave,” there’s a definite sense of a coronation of sorts from critics who are hailing his performance as the free Solomon Northup who is kidnapped and sold into slavery for the titular length of time. 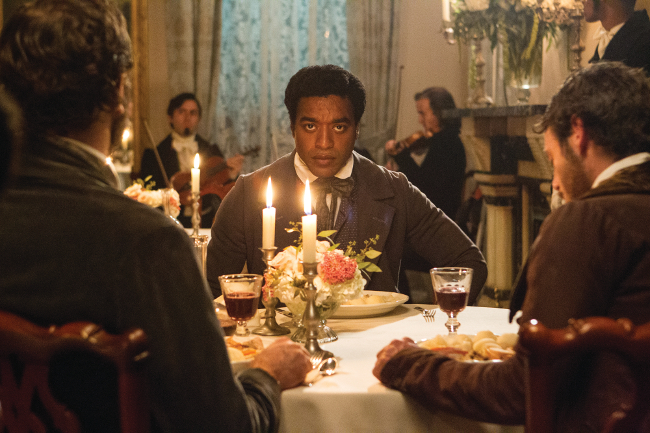 Ejiofor met with fellow Brit writer-director Steve McQueen several years ago, and though they had long talked about doing one project or another, nothing ever came to fruition. Then McQueen sent Ejiofor the “12 Years a Slave” script and told him this was it. Ejiofor wanted no part of it.

“It was an amazing story, but I didn’t know if I was the guy,” he says. “I had a moment of pause. It’s one of those weird things where you’re constantly searching for things like this, and then it comes along, and my reaction surprised me. I felt the weight of it. It set me on the back foot.” He pauses. “Then I was like, ‘What am I even thinking? This is an extraordinary part.’ ”

By focusing on the man and not the narrative, Ejiofor was able to sidestep his initial fears about shouldering the story’s responsibility, citing Northup’s memoir as a help. With all of the other members of the remarkable cast doing their own research, the 35-day shoot turned into a crash course on the history of antebellum Louisiana. As the actors dived into the past, aspects of Northup’s story came into sharper focus—particularly the atmosphere on the Epps plantation, where Master Epps (McQueen stalwart Michael Fassbender) is engaged in an affair with one of his slaves that leads him down a path of irrational rage and jealousy. “The Epps plantation being so crazy is related in a way to the mind-numbing activity of picking cotton,” Ejiofor says. “Which is so different from cutting timber or sugar cane. You become aware that of course these different plantations have different realities and different rules related to the working experience. Those textures and layers of the story are part of it.”

Though McQueen doesn’t shy away from lingering dispassionately on acts of startling cruelty, the remarkable thing about “12 Years a Slave” is its embrace of silence, something Ejiofor says was integral to playing a man who first considers his battle to be one for his freedom and only gradually realizes that he’s actually in a fight for his mind. “That’s a much more complex journey to go on, requiring moments to consider,” Ejiofor says. “And for the audience to consider, because it’s an immersive experience and everyone needs to be, whilst in it, reflecting on it. One has to surrender to the story.”

The knowledge that the story is based on actual events and real people, as detailed in the memoir, keeps the audience from writing off some of the more painfully brutal moments (none of which McQueen cuts away from until the moment has moved beyond discomfort and into something bordering on nihilistic). Likewise, the film’s characters subvert our expectations when it comes to, say, Southern belles. These women aren’t interested in the milk of human kindness; one orders a slave who has been parted from her children to be sold because of the incessant weeping. 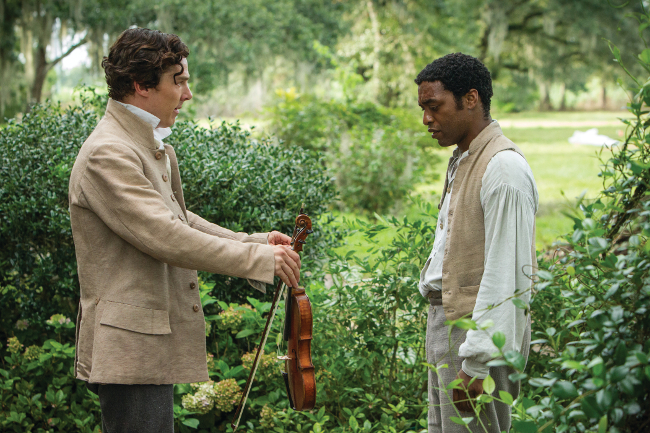 “Even people attempting to be sympathetic can be the harshest,” Ejiofor says, pointing to the slave owner played by Benedict Cumberbatch. “Solomon became friends with him. But what is worse, to have someone aware that what he is doing is wrong but is compelled to do it because of his financial situation, or someone like Epps who is completely unaware that what he’s doing is wrong?”

Grappling with insoluble questions such as those on a daily basis is one of the reasons Ejiofor spent a few months after filming ended in Brooklyn, hiding out, reading novels, and “trying to come back into myself,” as he puts it. “We were so deep down the rabbit hole it took a minute to get out.” And despite his initial hesitations regarding the role, he is quick to point out that no part of playing Northup was hard.

“It was a privilege to play Solomon,” he says firmly. “Anything that was complex or difficult brought me closer to his experience. You can watch a film like this and think, That must be hard on the actor. But in a way that’s to misunderstand how passionately I wanted to tell the story.” He has been irrevocably changed by the experience, in a way that he says no other role has changed him. “You take it on, and you gotta allow it to affect you and to know that you probably won’t be the same exact person you were before the project,” he says. “And that’s an important part of it. That’s why we do it. But this project was a seismic jump in terms of understanding what certain things mean, what human respect means. That’s a very growing experience.”