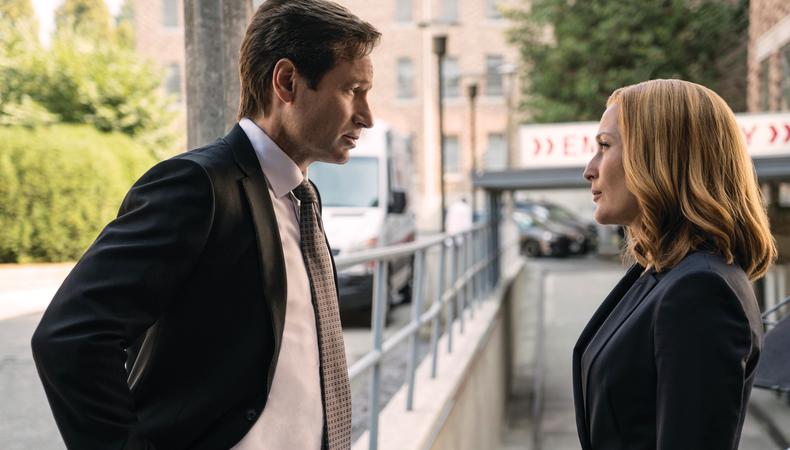 Revisiting “The X-Files” wasn’t Chris Carter’s idea. He’d done that once already after the show’s initial Fox run ended—for 2008’s feature film “X-Files: I Want to Believe”—and Carter had no plans to revive the careers of Agents Mulder and Scully, played by David Duchovny and Gillian Anderson. That is, until he got an “out of the blue” call from a Fox exec asking if he was interested in coming back. His former stars were willing and able, but what about Carter? “I was all in,” Carter says. And now a six-episode miniseries premieres Jan. 24.

A lot has changed since “The X-Files” ended in 2002. Not only is television a different place—in part due to Carter and company’s use of mythology in storytelling—but so has culture. Mulder’s fears of shady government operations have been reinforced by whistleblowers like Edward Snowden. “In 2002 we were so obsessed with our security after 9/11 that we gave up a lot of rights and securities,” Carter says. “But we look back and ask, ‘How secure are we, really? Are we being spied on?’ I think Mulder’s paranoia has doubled and the conspiracy he once believed in has taken a big turn.”

One thing that had not changed for Carter in the intervening years was his ability to write for these characters. Mulder’s and Scully’s voices were still fresh in his mind, 23 years after their first onscreen case. Carter assembled his writers’ room, bringing back names like James Wong, Glen Morgan, and Darin Morgan to the fold (other famous “X-Files” alumni, like Vince Gilligan and Alex Gansa, were unfortunately too busy to join in). He called them “the starting team.” “Before, we were green and trying new stuff in the process; we were getting our stripes. Everyone has them now. We knew we had to be at the top of our game in the writers’ room because Gillian and David are at the top of their game,” Carter says. “I decided to write and direct three myself. If I was going to do this, I wanted to do it 100 percent.”

Carter was also able to reassemble much of the original cast (sans Robert Patrick, who replaced Duchovny when he left the show in 2001) but also went to lengths in order to create new characters and bring in fresh faces, including Robbie Amell, Joel McHale, and comedian Kumail Nanjiani, an avowed “X-Files” fan. “It would be easy to do sequels,” Carter says. “It could be ‘Wink, wink, this is what “The X-Files” used to be.’ We still have to tell fresh, new ideas, and we have to do that with a supporting cast.”

Carter says the structure of the miniseries reflects his desire not to revel in the past. The first and final episodes follow the series’ mythology, while the middle episodes are standalone monster-of-the-week entries. Carter calls it “the classic mixture.” Part of the series’ success was because “we could strike so many different tones. There were the quest-driven episodes, then we could do monster-of-the-week, then do comedy, then do mythology.” Carter’s desire to move forward, rather than stay in the show’s comfort zone, is perhaps best reflected in the relationship status of Mulder and Scully. At the beginning of the series we learn—gasp!—that they are no longer living together. Carter calls the separation “honest to their relationship,” but he does acknowledge that some fans won’t be happy with the change. “I keep saying it’s 20 people out there complaining,” Carter says, laughing. “It’s a loud minority.”