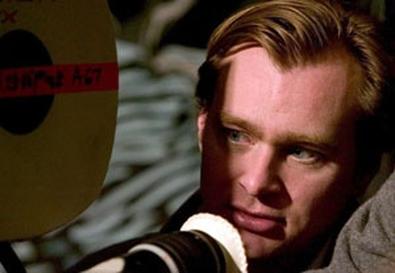 Christopher Nolan is at the forefront of technology, whether shooting in IMAX or bending worlds in "Inception." So it's somewhat shocking to learn that the man who came up with all those cool toys for Batman has no cell phone or email address. "It's not that I'm a Luddite and don't like technology; I've just never been interested," Nolan says. "When I moved to L.A. in 1997, nobody really had cell phones, and I just never went down that path. And I'm in a slightly unique position because when I'm working -- and I've been working pretty much continuously for the last 10 years -- I'm never more than 5 feet from somebody who has a phone." He has been given a production phone when traveling on occasion and says he hasn't cared for it. "A lot of the things people amuse themselves with really are just toys for grownups, and it eats your time and pulls your concentration."

Warner Bros. assigned Nolan an email at his office, and he didn't realize it until a couple years later. "There were thousands of emails in this account -- some from quite important people, actually. I had them take it down, so people didn't think they were getting in touch with me."

Nolan adds that he likes to "thrash things out in person," and texting and email feel like ways to avoid communication. "The idea that you're holding in your hand a device that will actually let you speak to another human being and instead of using it for that, you type some silly little message and send a one-way communication -- it's a very odd step backwards in communication terms." Don't even try explaining Siri or that you can speak into an iPhone and have the words translated to text. "Really?" he says, looking bewildered. "What's the purpose of that?"