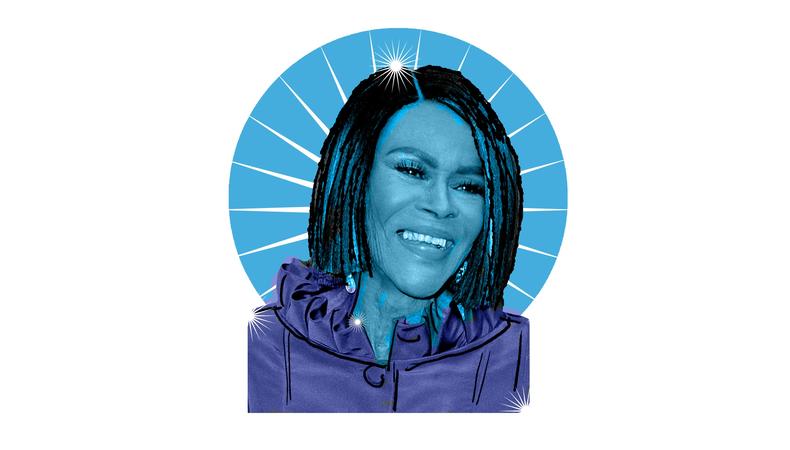 Cicely Tyson is a legend of the screen, a masterful actor whose abilities have been on display for six decades. She’s captivated audiences with spellbinding performances in “The Autobiography of Miss Jane Pittman,” “Roots,” “Sounder,” and most recently “How to Get Away with Murder” playing Ophelia Harkness, a guest role that’s earned her four Emmy nominations to date, including this year. Tyson’s longevity, however, has earned her more than just awards—though those run aplenty with an honorary Oscar, a handful of Emmys, and a Tony. She’s also earned the acclaim and adoration of legions of fans across generations. “Isn’t that amazing? I never thought I would live this long,” the 94-year-old says, laughing heartily. “I mean, with all of the awards that I’ve gotten in the last few years, obviously God wants me to have them, and he kept me here to get them!”

What performance should every actor see of yours and why?
Everybody has their preferences. People are madly in love with Jane Pittman. Everyone that I have encountered who has seen the film has repeatedly said, “I watch it every time it comes on,” and they play it annually. And I suppose there’s a lot of heartwarming wisdom that comes from that film. I think people associate her with their grandmother, a nearby relative who’s lived that long, and I think that maybe that is the reason.

What kind of roles are you drawn to?
Ones that speak to the body, the mind, and the soul.

Is there one role that sticks with you after all these years?
I have had a lot of them. I’ve been very fortunate. You know, when I decided to be an actress, much against my mother’s desires, I was attending a conference for journalists who had seen “Sounder.” One of the gentlemen stood up and said he had discovered a bit of prejudice in himself while watching it, and it came as a result as the fact as the young man who played my oldest son referred to his daddy as “daddy.” The gentleman was quite confused and alarmed, because of course my son was black and so was his father. And I said, “Well, what caused the confusion?” He said, “I have two sons, and they call me daddy.” Well that was the most alarming thing I had ever heard. I think my mouth fell open like a broken pocketbook! He did not think that this man, who is a black man, earned the right to be called “daddy” as his sons who were white [called him]. It was quite unsettling to him. I just had to admire him for standing up in the midst of all of his peers and making that confession, and I congratulated him.

How does it feel knowing your films have created social dialogue?
That’s what I hoped for, and it came about as a result of that man’s confession, because I realized then that I could not afford the luxury of just being an actress. I had some issues to address, and since I was quite shy, I didn’t think I was built to do it, parading up and down and waving batons and saying, “Save us black people!” That wasn’t in my makeup. I just decided to use my profession as my platform, and God blessed me. You know what’s interesting about that? There was no guarantee at all that it was going to work, but I was so determined to make my voice heard in some way. This so happened to be the way it worked for me.

What is your worst audition horror story?
I am the worst auditioner that you probably will know in the business. I’m not good at auditions. They mean nothing to me because for some reason or another, my standing in front of judgement and asked to speak of or by and for the talent that they are asking me to portray doesn’t work for me. I don’t feel anything. For me, I have to have the work, and when I have the work, I learn who that person is, and then I can do it. But to stand in front of producers and directors, I’m a very, very bad auditioner. I just can’t do it.

What advice would you give your younger self?
Follow your own heart and your own desires.

What do you want people to take from your career and legacy?
So many people have told me over the years how I changed their lives, how they have  been inspired by what I’ve done for black women in terms of recognizing the God-given dignity of life that they have and the reason why they have it, and it made them think seriously of how they could make a positive commitment to human kind. I just hope that in some way, I’ve piqued that kind of interest.