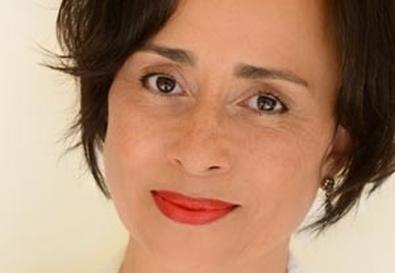 If you came to her to learn an accent for a role, she would first point out what Americans do. For example, she says, we take shortcut sounds for granted: "Let's go fer coffee." We also have no love for the letter "T." Say "Internet" and "Intercontinental," and you'll get the idea. With Roche, you'll then learn how foreigners say those sounds.

Further, to coax an actor into an accent, she gets to the heart of communication in those languages. To sound like a German speaking English, you'd need to elongate the letter "s." To speak like a Frenchman, you'd need to not make eye contact. To sound Australian, vowels and speed make up the bulk of the differences.

Roche, who is also an actor, was born in London (she slips seamlessly into Cockney), moved to Montreal—where she learned French, "which was challenging," she says—then to Toronto, then Los Angeles, where she learned to say, "Sorry," and not "Sore-y." So, she says, she can find something each student can relate to, often in just saying his or her name and finding the American and foreign sounds in it.

To learn an accent depends on the student's proficiency and ear, as well as the type of accent. What does she ask of her students in return? "Do the work," she says. She would hope actors come to her with time to prepare, but she'll also give it her all in a one-hour session if necessary. But, she also suggests, be sure you have an accent or two in your repertoire that fits your look. For example, if you're Asian, have an Asian accent of one region or other.

Speaking of which, Roche is developing an app, expected to launch July 30, for Korean, Japanese, and Chinese speakers learning an American accent.

"There aren't many people you meet that genuinely care more about their students' growth than about the money, and Claudette is one of them. She gets even more excited about my growth than I do! It's very exciting and comforting to work with someone like her. And I can't get away without speaking properly the dialect I'm working on in that moment. It's great."
—Allison Oliver

Roche was the Readers' Choice winner for this category in 2010.