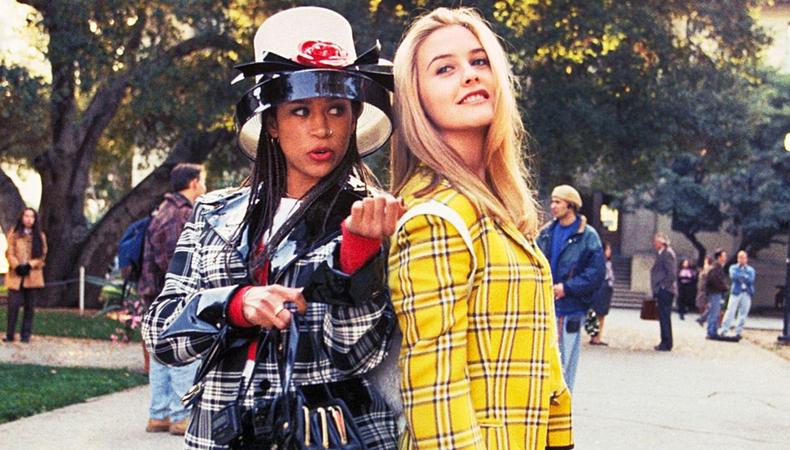 “Clueless” will, at last, arrive onstage.
After years of gestation, the stage musical adaptation of the cult film “Clueless” will have its world premiere Off-Broadway this fall. “Clueless, the Musical,” adapted by the filmmaker Amy Heckerling, will bow this November at the Alice Griffin Jewel Box Theatre as part of the New Group’s 2018–19 season. Featuring reimagined ‘90s hits, the tuner will be staged by director Kristin Hanggi (“Rock of Ages”), with choreography from Kelly Devine (“Come From Away”). No casting for Cher, Dionne, or any other role has been announced at this time.

It’ll be handled—on Broadway.
“Scandal” star Kerry Washington has set her return to Broadway in “American Son,” a new play by Christopher Demos-Brown. Starring opposite Steven Pasquale (most recently seen in Lincoln Center’s “Junk”), Washington will also be joined by Eugene Lee in the drama, directed by Tony Award winner Kenny Leon (“A Raisin in the Sun”). Previews will begin Oct. 6 at the Booth Theatre, with an official opening slated for Nov. 4.

Bet Hatikva gets a new Tewfiq.
Immediately after winning an astounding 10 Tony Awards at the June 10 ceremony, producers for Broadway’s “The Band’s Visit” announced an exciting bit of cast turnover: Joining the production in the role of Tewfiq will be Sasson Gabay, who actually originated the role in the 2007 film on which the musical is based. Gabay makes his Broadway debut in the track, vacated by Tony Shalhoub (who also won a Tony for the part). He begins performances at the Ethel Barrymore Theatre June 26.

Edie Falco will bow Off-Broadway.
Also comprising the New Group’s new season will be “The True,” a world premiere production by Sharr White, in which Emmy Award winners Edie Falco and Peter Scolari will star. Directed by Scott Elliott, the political drama will begin performances at the Alice Griffin Jewel Box Theatre in September. Additional casting is to-be-announced.

Jesse Eisenberg steps behind the page.
Jesse Eisenberg, best-known as an actor, has penned “Yea, Sister!,” an equal parts hilarious and devastating play that will complete the New Group’s season roster. Also directed by Scott Elliott, previews will begin April 2019 at the Alice Griffin Jewel Box Theatre. The piece will feature a to-be-announced cast.

“Kate” sets her dates with Broadway.
The Roundabout Theatre Company-produced revival of Cole Porter’s classic “Kiss Me, Kate” has set its official Broadway dates and home. The Kelli O’Hara-starrer will begin previews at Roundabout’s Studio 54 on Feb. 14, before its opening on March 14. A limited engagement is slated through June 2. Helmed by director Scott Ellis (who directed the 2016 concert production), Warren Carlyle will choreograph the musical comedy. Additional casting will be announced shortly.

“The Waverly Gallery” adds another patron.
Tony Award winner and Academy Award nominee Joan Allen has set her sights back on Broadway, and will return to the stage in Kenneth Lonergan’s Pulitzer-nominated “The Waverly Gallery.” Directed by Lila Neugebauer (in her anticipated Broadway debut), the production will also star frequent Lonergan collaborator Michael Cera as well as Elaine May, and begin previews at the Golden Theatre Sept. 25. An official opening is in place for Oct. 25.

Casey Mink
Casey Mink is the senior staff writer at Backstage. When she's not writing about television, film, or theater, she is definitely somewhere watching it.
END_OF_DOCUMENT_TOKEN_TO_BE_REPLACED