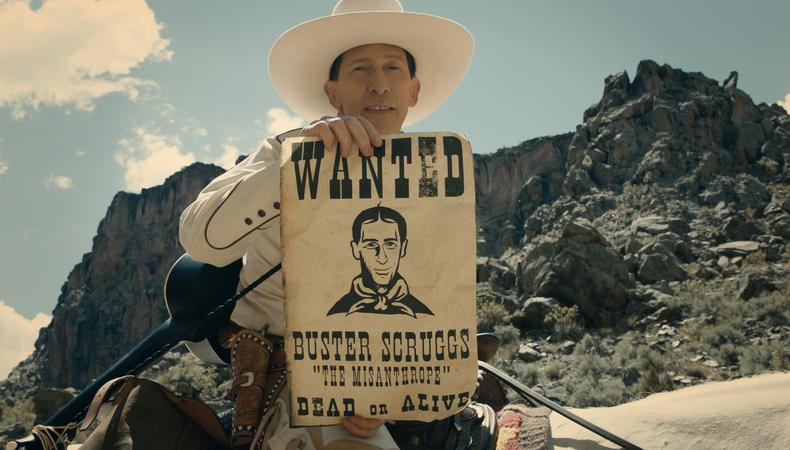 Tim Blake Nelson, Liam Neeson, James Franco, Zoe Kazan, Brendan Gleeson, Tom Waits, and Tyne Daly—one of the most exciting casts assembled during this year’s film awards season. The screen legends will be appearing in Joel and Ethan Coen’s upcoming western, “The Ballad of Buster Scruggs,” featuring their usual off-kilter humor and gut-wrenching violence. The buzzy film is also notable for its Netflix distribution, signaling that Oscar-winning movie writer-directors are starting to collaborate with a distributor known primarily for online streaming series.

“The Ballad of Buster Scruggs” will hit theaters and small screens Nov. 16, after its premiere at the 2018 Venice Film Festival, where the Coens won the Golden Osella Award for Best Screenplay. Check out the trailer below.

Jack Smart
Jack Smart is the awards editor at Backstage, where he covers all things Emmy, SAG, Oscar, and Tony Awards. He also produces and hosts Backstage’s awards podcast “In the Envelope” and has interviewed some of the biggest stars of stage and screen.
END_OF_DOCUMENT_TOKEN_TO_BE_REPLACED