How to Color Correct Video 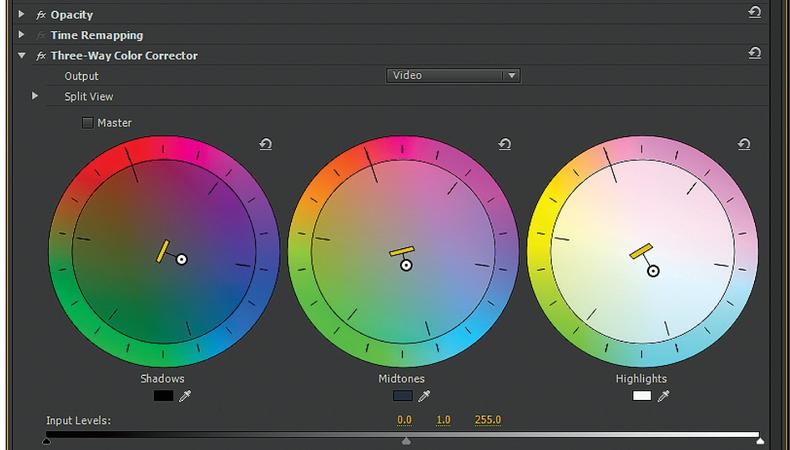 Lighting is incredibly important to filming; however, sometimes you’re going to run into situations where you just can’t control the lighting, whether it’s because you’re in a public place, the weather is bad, or you’re just experiencing technical difficulties. That's where postproduction color correction comes in.

What is Color Correction?

Color correction is a process that allows you to adjust the colors in video footage after shooting. Color correction is often done to add a visual tone or mood as an artistic choice in film, but it's is also helpful for fixing mistakes. For example, it can be useful for improving a demo reel that would otherwise have inconsistent or unflattering lighting. If your footage consists of scenes shot outdoors, or in rooms with incandescent or fluorescent lighting, color correction can help to match them and ensure consistency throughout your film.

A number of editing programs come with color correction capabilities, including Final Cut and Adobe Premiere. Adobe After Effects is also commonly used for coloring footage in postproduction.

In all video editing programs with a color correction function, there are two graphs, or scopes, that you'll need to refer to: the vectorscope and waveform monitor. Reading the vectorscope and waveform monitor is vital to color correction. Reading these scopes will show you exactly how things will look, since every computer monitor display is different, and you can't trust your naked eye.

What is a Waveform Monitor?

What is a Vectorscope?

The vectorscope graphically displays the colors in your footage. Similar to the waveform monitor, the vectorscope is a graph of dots, each of which represent a pixel. This scope is organized around a color circle, which displays two dimensions: the shade and amount of color. A dot's position around the circle represents the shade (green as opposed to blue). A dot's distance from the center of the circle represents the amount of color (a deep green as opposed to a light aquamarine). It's important to note that in the upper left quadrant of the circle, close to the 45° mark, there is a line that represents flesh tone. If your footage has a person in it, regardless of the color of their skin, their skin will appear close to this line. Realistic skin tone will always fall close to this line, which is a good guide when adjusting skin color in your footage.

How to Color Correct in Adobe Premiere Elements

Now, on to the actual color correction. Adobe Premiere has a great function called "Fast Color Corrector," that allows you to quickly and easily color correct. This is essentially white balancing in postproduction.