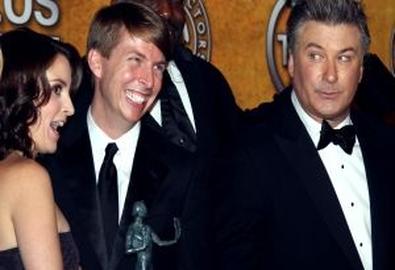 It will share the cable window of the Emmy-winning comedy series with WGN America for a combined license fee said to be in the range of $800,000 an episode, surpassing cable sales of other recent comedy offerings such as The Office, My Name Is Earl, and Entourage.

"Pound-for-pound, 30 Rock is one of the funniest shows on television and a perfect DNA match for our viewers," said Comedy Central's top acquisition executive David Bernath, who, influenced by 30 Rock's Jack Donaghy (Alec Baldwin), listed his title as senior vp program strategy and microwave programming for the comedy-centered cable channel.

The off-network sale of 30 Rock by Universal Domestic TV follows the 2007 sale of NBC's other Emmy-winning Thursday comedy, The Office, which was sold to TBS for about $750,000 per episode as well as in broadcast syndication. A broadcast syndication deal for 30 Rock is also pending.

Meanwhile, WGN, which has limited distribution, has been stocking up on comedies, adding 30 Rock to its other recent acquisitions, Entourage, Curb Your Enthusiasm, The New Adventures of Old Christine, and Scrubs.