Comedy Improv Isn't the Only Improv: 4 Benefits of Improvisation for Actors 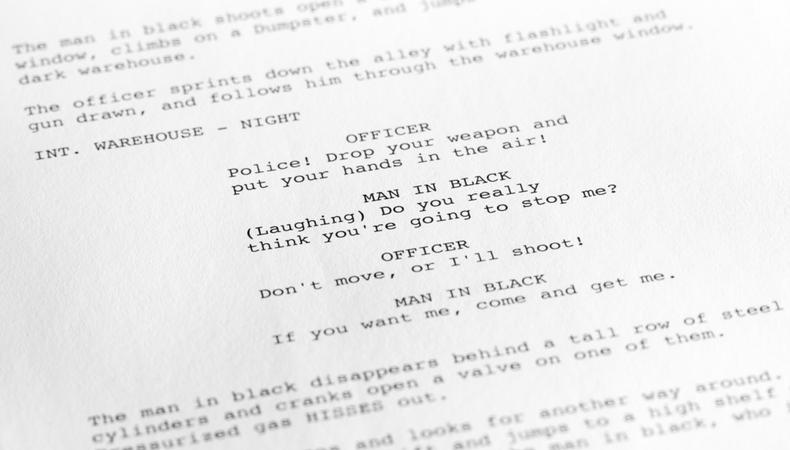 Every art form has its own kind of improvisation. In music, it’s perhaps most recognizable in hip-hop. When it comes to dance...when was the last time you busted out well-rehearsed choreography at a club? Anyone familiar with the work of Jackson Pollack will recognize improvisation in visual art. And comedians use improvisation as a writing tool.

Anyone who has studied improvisation has likely heard of Viola Spolin, the mother of improvisation, and her games. For serious actors, games are more than kid’s stuff; advanced improvisation games offer a wealth of valuable on-camera techniques (we call them tools, not rules, at the AdlerImprov Acting Studio) to stay present in the moment, focused and connected to the other players while playing the "song." Not convinced? Here are four ways improvisation can help every actor.

1. There’s a game for that.
What do you do in a close up? How do you communicate relationship? How do you stay active on camera during your scene partner’s long monologue? There’s a Game for that. And each of these games allows you to honor the script while giving you the freedom to play and improvise within it. What's more, by using games rather than one-size-fits-all techniques, you create your own “sound" and develop a process that’s truly your own.

Advanced improvisation teaches you to remain connected to the bigger picture, even during a “solo.” When we play games, the goal is outside of us, not in our head. Imagine what would happen if a jazz drummer started counting once the song began? Instead, they must feel the rhythm in the body, stay focused, in the moment, and connected to the other players to keep the beat. Actors must do the same.

3. No more guess work.
How do you know if a take was successful? Games teach us to objectively determine success because they have an objective problem to solve. The problem of a Game is different than a character’s objective: the Game provides the actor with a direction for their energy. Did you hit the beat? Did you make physical contact? Did you solve the problem? Did you do what you wanted to do in the scene?

The benefit is real artistic autonomy instead of guesswork or the dependence on an authority figure to tell you whether you were good or bad. Rather than examining how you (or the critics) felt after the scene, you can determine if you accomplished what you set out to and if you were on focus or not.

4. Using your whole body.
Acting is physical. Though you’ll often hear “play small” for the camera, the direction can have a deadening effect. What the camera is looking for is not the shrinking of the player but a more appropriate use of energy. Physicalization (a primary tool of advanced improvisation) demands we use our energy in a way that solves the game’s objective. The camera game organizes and focuses physical energy in a way that still maintains the integrity of the tune—from theatrical to cinematic—instead of cutting an actor off at the knees since the whole instrument is vital.

You can’t change the words in most scripted scenes, but if you know how to improvise, you can choose the notes you want to play within it.

Put those improv skills to use with our TV audition listings!

Rob Adler
Rob Adler teaches you how to get out of your head and bring spontaneity, presence, and play to TV and film scripts so well prepared performances look improvised. He is an actor, director, teacher, founder of the AdlerImprov Studio in Hollywood, an on-camera coach, and a faculty member of the USC School of Dramatic Arts.
END_OF_DOCUMENT_TOKEN_TO_BE_REPLACED