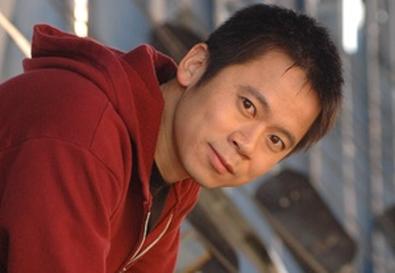 Comedian Sheng Wang is a Taiwanese Texan whose slow, deliberate pace masks a sharp wit. He uses personal experiences and observations to craft confidently absurd, carefully constructed jokes that are completely his own.

"Mitch Hedberg was especially enlightening," Wang says, "but I draw inspiration from all great comics. My comedy is mostly dry with splashes of wet excitement. The performance is driven by my writing, so I spend a lot of time and energy figuring out the specific structure and words in a joke."

Wang started performing comedy about nine years ago in the San Francisco Bay area, after graduating with a business degree from UC Berkeley. He moved to New York in 2009 and he says he can now be seen on stage most often at The Creek and the Cave in Long Island City, N.Y. He has also performed at the Montreal Just for Laughs festival, toured with the Comedians of Comedy, and appeared on Comedy Central's "Live at Gotham."

His half-hour comedy special premiered on Comedy Central in early 2011 and later that year the young comic landed a holding deal with NBCUniversal after winning the company's seventh annual "Stand Up for Diversity" comedy competition. This summer, he's part of the lineup on the third season of "John Oliver's New York Stand Up Show," premiering July 20 on Comedy Central. And as he works up to becoming a national headliner, Wang is also preparing to record his first comedy album.

Read our Back Stage Q&A with Sheng Wang:

Do you remember your first time performing on stage? What made you want to turn comedy into a career?
Sheng Wang: The first time I performed standup on stage was at a talent show in college. At the time, my impression of standup comedy was largely based on having seen "Def Comedy Jam" VHS infomercials. I wanted to turn comedy into a career because it's creatively engaging, mixes well with alcohol, and doesn't require changing my wardrobe.

I moved to NYC because I felt too comfortable in California. I wanted to shake things up and surround myself with the energy of really driven dreamers/assholes. Finding housing in New York can be a horizon–broadening experience. You meet random strangers from the Internet, visit new neighborhoods, and redefine your old-fashioned idea of what a bedroom can be.

Did you know you share your name with a restaurant in NYC’s Chinatown?
Wang: Yup, I've eaten at Sheng Wang. Delicious and cheap noodles. It's tough to compete with that.

Do you identify yourself as an “Asian–American comedian,” or simply a comedian? And do you feel any pressure to somehow represent Asian Americans in your act?
Wang: Yes, yes, yes. I do all of the above, but I really just want to be super funny.

What were your best and worst onstage experiences?
Wang: My worst onstage experience was bombing for 45 minutes in front of college students waiting for their homecoming coronation ceremony to start, followed by the college president getting the biggest laugh of the night when he asked the audience, "So when is the comedian gonna get here?"

The best onstage experience is every time a new joke works.

What would you consider your "big break" so far?
Wang: So far... making this list.

What has been your most memorable day job?
Wang: My best and worst survival gig was temping for the U.S. government during the Census. It was straight out of a Kafka story. It felt like performance art.

What else do you want Back Stager readers to know about you?
Wang: I love to wear shorts, ride bicycles, and eat burritos.