How To Connect Yourself to a Character 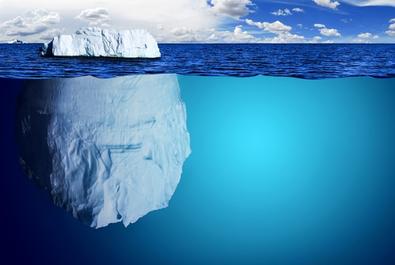 I want to paint a picture with words to help describe the potential power of subtext.

Picture a large irregularly shaped block of ice floating in the water: an iceberg. This block of ice can be very large but only a small section is visible to the eye. For a knowledgeable sailor what is seen is not the most important part of the iceberg.

Only 1/8 of this ice block is visible; the rest is hidden from view. The 1/8 visible portion is, when viewed, apparently all there is. But what is not seen, the 7/8 section actually completes the iceberg.

In acting terms, the 1/8, or what is apparent, is what the script’s character “seems” to be saying. But the 7/8, what is not seen, is what the character is actually thinking.

I make this comparison of an iceberg to subtext because too many actors give lip service to subtext while ignoring its potential unseen power.

Of course the words - the text of a script - are central to an actor’s performance. But its what an actor does behind these words that empowers them.

Ernest Hemingway coined the "iceberg principle." He states: "If a writer of prose knows enough about what he is writing about, he may omit things that he knows and the reader, if the writer is writing truly enough, will have a feeling of those things as strongly as though the writer had stated them. The writer who omits things because he does not know them only makes hollow places in his writing."

To rewrite Mr. Hemingway for actors:

If actors know and allow their subtext to exist unspoken, the audience will have a feeling of those things as strongly as though the actor had stated them.

But actors who force subtext they do not understand only make hollow places in their acting.

Your real feelings that you fully understand become the character’s subtext, and therefore, the story is strengthened. However, include subtext you don’t know about, and the story is weakened.

This 1/8 to 7/8 ratio can also apply to an actor preparing the character story. Too many actors spend a tenth of their time linking their personal subtext with the characters and the rest on creating made up subtext with little or no personal understanding.

Find those elements of the character as written, that you think are different from you, and find where they are similar to you.

You may not relate to any of the character’s experience in the script. But if you spend a good part of that 7/8 time finding ways to connect what you know of yourself to the character, you will build powerful subtext.

Bill Howey teaches “Scene Study with Emphasis on Auditioning.” He began a professional acting career at the Cleveland Playhouse. He moved on to
television, film production, produced and directed independent films and worked as a dialog coach for TV shows.