The Contract Specifics of Guest-Starring Roles 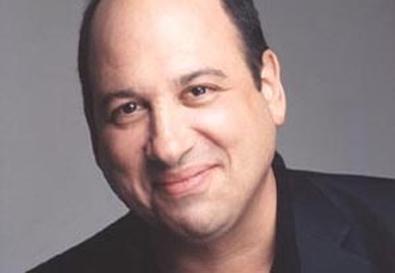 Dear Michael:
Let’s say you play a recurring role in a TV show. How does that work out in a contract? Do you sign contracts for each individual episode?

Or is it one big contract for a certain number of episodes?Also, how does that affect an actor’s film prospects? If his résumé includes TV networks known for a certain genre, such as Disney or Nickelodeon, will that affect his prospect of booking serious film roles?

Dear AG:
Every recurring role I’ve done has been booked exactly like a guest-starring role. Even though we all knew the roles would recur, I wasn’t guaranteed a certain number of episodes, nor asked to sign any sort of commitment. Instead, producers booked each episode individually, giving me as much advance notice as possible to “put a pin in me,” as they say, and took their chances that I’d be available.

Since scripts and schedules change and characters get written out, producers don’t commit to hiring guest actors until they’re sure the actors are needed.

I know of only one exception: Sometimes shows have story lines that stretch over several episodes, and sometimes those involve guest actors. These guest-starring “arcs,” as they’re called, are booked all at once so producers don’t risk losing a key actor or having to renegotiate.

Otherwise, having a recurring role doesn’t affect your availability for other things. Until you’re actually booked for a specific date, you’re free to take whatever work comes along, and you don’t have to check with anyone.

When producers want to secure guest actors’ ongoing availability, the producers put them under contract as series regulars. Those contracts aren’t only for cast members who appear in every episode; some series regular contracts specify a certain percentage of the episodes (for example, 7 out of 10) but hold the actor for the entire season, with shooting dates TBD. Those per-episode salaries are considerably higher, in exchange for the actor clearing his schedule. In this business, people have to pay for your availability.

As to your second question, whatever acting work you do will always affect how people see you and what parts they think you’re right for. The challenge of constantly expanding those ideas is a career-long endeavor about which beginners worry way too much. As I always say, if you’re very lucky in this business, you’ll get typecast and pigeonholed. That means you’re working.

But yes, having mostly kids’ TV on your résumé might make casting people disinclined to bring you in for a serious dramatic film role. But you know what makes them even less inclined? No credits at all. What are you going to do? Turn down the work on Disney or Nickelodeon in favor of future work that doesn’t yet exist? I suppose you could, but really, unless you’re a Disney or Nick series regular, I don’t think it’s cause for much concern. Just take the gig, and make sure you’re pursuing substantially different roles as well so as to demonstrate range.