Cook to Star in 'Fat Pig' on Broadway 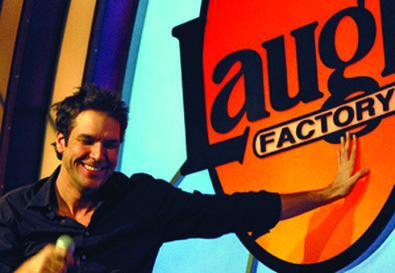 Actor and comedian Dane Cook will make his Broadway debut in an upcoming production of writer Neil LaBute's play "Fat Pig." According to an announcement from the show's representatives, Cook—whose film credits include "Good Luck Chuck" and "Employee of the Month"—will be joined onstage by actor Josh Hamilton.

The play, which won an Olivier Award for best new comedy following its 2008 London premiere, will open at a yet-to-be-named Broadway theater next spring. Full casting has not yet been announced.