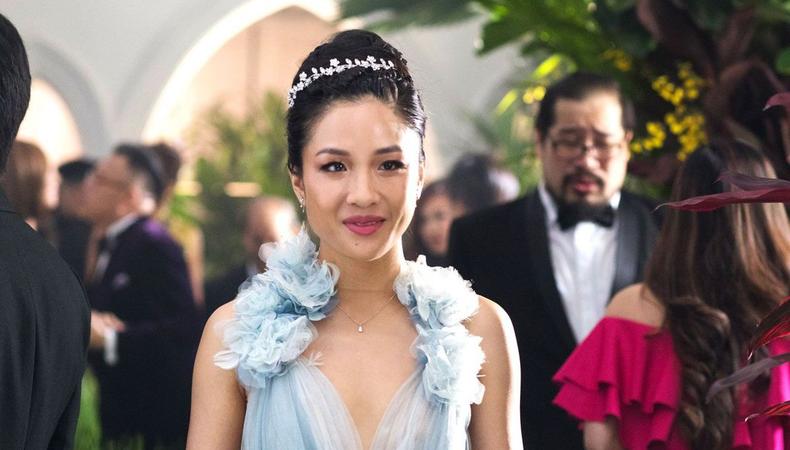 “Crazy Rich Asians” is a win for diversity, reviews, and the box office.
The debut of John M. Chu’s big-screen venture has paid off in spades, opening to the tune of a one-day, $5 million box office. Warner Brothers had originally estimated an $18-20 million five-day debut, but it looks as though the movie will outpace that prediction and be closer to $25-30 million. The movie currently holds a 94 percent “Fresh” score on Rotten Tomatoes. (Forbes)

Hollywood’s next star might be coded.
“American History X” director Tony Kaye has announced a controversial lead for his newest movie. An artificially intelligent robot, reportedly to be trained in different acting methods and techniques, will be used to act in the upcoming film “2nd Born.” The movie is a sequel to forthcoming indie comedy “1st Born,” directed by Ali Atshani. (Deadline)

Wes is back: Anderson’s newest escapade will be a musical.
The auteur is back with a concept for a musical project, with production expected to begin shooting in the city of Angoulême, France in late 2018. The film is rumored to be set in the 1940s and no release date has been announced yet. (Empire)

The Mouse puts its paw down: Gunn won’t be brought back.
Disney is reportedly holding firm on their decision to fire “Guardians of the Galaxy” franchise director James Gunn after some of his old tweets were aired by known associates of the neo-Nazi movement. Despite an online backlash, a statement from the cast of “Guardians,” and Marvel reportedly attempting to convince Disney to re-hire the director, a meeting between Disney exec Alan Horn and Gunn on Wednesday has cemented the decision. There is no word yet on a replacement or if this will affect the production schedule at all. (Variety)

Tessa Thompson to star in the newest Disney live-action reboot.
The lady isn’t a tramp—Tessa Thompson will officially be portraying a CGI dog in Disney’s latest foray into reboot territory. The movie is expected to play on Disney’s new streaming service, set for a start in 2019. Justin Theroux will play the Tramp. (Hollywood Reporter)

After tax fraud scandal, China caps its stars’ salaries.
Fan Bingbing, the highest-paid female actor in China, was recently caught in the midst of a tax fraud controversy. As a result, Chinese studios and networks are scrambling to limit the money an actor can make. For television stars, three video sites have signed an agreement stating that stars can make no more than $1 million yuan ($145,000) per episode. In addition, the government has imposed guidelines that require no more than 40 percent of a movie’s budget go towards compensating the cast. A rumor is circulating that Bingbing has been banned by the government from acting for three years, but this hasn’t been confirmed by the actress or her reps. (The Muse)