Who to Credit for Your Success When You’re Rich + Famous 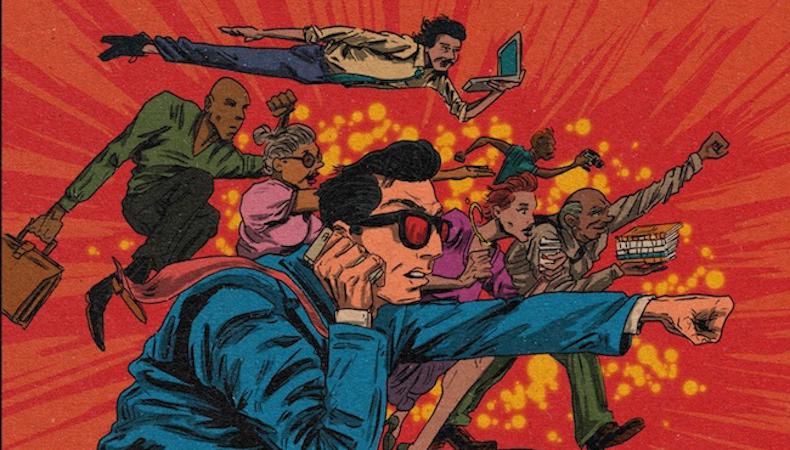 Christopher Columbus “discovered” America. The man gets sole credit for this historic accomplishment. But is that fair?

The famous explorer had wealthy benefactors who financed his journey. He also had an experienced crew spread out over three ships. And history has proven he wasn’t even the first European to set foot on the New World. That honor goes to the Viking explorers who sailed to Greenland and Newfoundland in the 11th century. (Not to mention the people who, you know, already lived here.)

So, who really discovered America? Can one person take credit for something that huge? Or would it be a group of individuals working over an extended period of time toward a common goal?

This is why I laugh my ass off every time someone in the entertainment industry claims to have discovered a star. What nonsense. All the famous actors you’ve seen perform had a variety of people in both their personal and professional lives who helped them achieve their success. And yet, we constantly hear stories about how that one special Christopher Columbus–type person deserves all the recognition for an actor’s career.

Just the other day, I was reading this poorly researched article about a casting director taking credit for discovering a certain movie star. She was doing this because she was the one who cast him in the movie that made him famous. Give me a break. What about all of the other casting directors who’d hired that same actor over the years on smaller jobs? Those roles provided him with the cumulative experience that helped him grow as a performer so he could be ready for his “big break.”

READ: 6 Differences Between Agents and Managers

Agents are guilty of this behavior, too. We love to claim responsibility for the success of every actor we’ve ever signed. It doesn’t matter if the client was with us for five seconds or five years. If that person was on our list and he or she ends up becoming famous, then one of us will certainly lay claim to that accomplishment. But it’s never just one agent who discovers an actor. It’s a team. And sometimes, that team is spread out over several companies over several years. There have been many times when I’ve been the first to sign a new actor fresh out of school, but does that mean I should get sole credit if that actor blossoms into a star? No, of course not. Other agents helped. (And, as much as it pains me to admit it, there’s the chance a manager was also involved.)

That’s not even to mention all of the teachers in the life of someone like Ryan Gosling. What about the directors who guided his performances? Everyone involved in an actor’s life and work deserves a little credit.

I want you to keep this in mind as you start assembling your team. It’s not a bad idea to surround yourself with the kind of professionals who are eager to hog the credit for your accomplishments. The truth is that they’ll get you where you need to be, and none of that jazz matters when you’re onstage at the Dolby Theatre accepting your Oscar for best actor.

By the way, do you know what Queen Isabella gave Columbus for his efforts? Ten percent of whatever riches he found. And that’s exactly how much agents get from their bookings.

Just wanted to squeeze that in….