How Creed Bratton Went From Extra to 'The Office' to 'Terri' 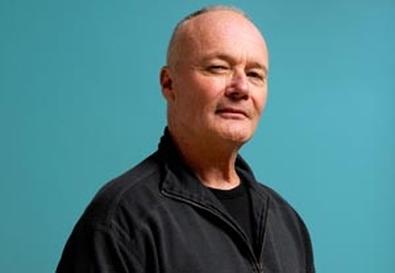 Though actor Creed Bratton plays a character named Creed Bratton on the NBC comedy "The Office," the two don't have much in common. The character of Creed is a bizarre kleptomaniac whom we know little about other than the fact that he keeps his desk full of stakes in case he suddenly needs to kill a vampire and he believes animals don't feel pain. The real-life Bratton is a friendly, outgoing, talented actor who has taken a rather unique path to television stardom. But he understands the confusion. "People used to think I was just that guy in real life," he admits. "That I was some stoned weirdo they'd bring on the show who'd just ad lib. And we sort of played up the idea we were one and the same."

People are likely to catch on with the release of "Terri," a sensitive dramedy from director Azazel Jacobs that premiered at the 2011 Sundance Film Festival and hits theaters July 1. The film centers on the title character, beautifully portrayed by Jacob Wysocki, an overweight teenager who finds himself being mentored by the goofy but well-intentioned Principal Fitzgerald (John C. Reilly). Bratton plays Terri's Uncle James, who suffers from an unspecified dementia and is cared for by his nephew.

Back Stage: You actually began your career as a musician; how did you find you had a talent for music?

Creed Bratton: My grandparents had a country and western band called The Happy Timers. Everybody in the family played instruments. So I played trumpet from a young age. At 13, I sent away to Sears and Roebuck for a Silvertone electric guitar. I lived in this tiny town in the mountains near Yosemite called Coarsegold and we'd go out to the barn with an extension cord and play away on hay bales. I played all the way through college and high school. I spent two and a half years in Europe with a folk trio called The Young Californians and when I got back I was with a group called The Grass Roots. But when that ended, I went into acting full time. I started studying with Charles Conrad, who teaches Meisner. I really responded to that.

Bratton: I always knew I was going to act; music was something I did. I love Westerns and I remember as a kid climbing up on the couch and make it into a saddle and shoot guns and fall off. I would lay there after my death and my mom would tell me to eat lunch and I'd say, "I'm still dead, Mom!" I was Method, even then.

Back Stage: Did you ever have to take survival jobs while pursuing acting?

Bratton: Absolutely! I had girlfriends I had to live with. I worked as a boom man, a prop man, a grip. I did heavy lifting in the art department. I catered. But it was always somehow related to the business. I remember I would be on sets and see people and think, "I really should be doing this. I should be over there, not here."

Back Stage: What sort of roles were you getting in the early years?

Bratton: I worked a lot over the years in little C movies trying to be B movies. The biggest movie I did was "Mask," with Cher and Sam Elliot and Eric Stoltz. I was the carnie who took the ticket from Sam and said, "You can ride, but I won't be responsible for the retard here." That was my big line; that kept me going for years. Then, after about 30 years of just hanging around and everyone being really worried about me, boom, this thing happened with "The Office." And now I'm involved with this wonderful movie "Terri."

Back Stage: How did "Terri" come to you?

Bratton: My manager got the script to me and I was attracted because John C. Reilly was connected to it. And as soon as I met Azazel, I knew he was wonderful. I had a really good audition and I wanted the part. I was scared to go to that place because it wasn't funny and it's not what people expect for me to do. And I'm very happy that people don't see my character from "The Office" in this movie.

Back Stage: It's never said exactly what is wrong with Uncle James; did you discuss it with Azazel?

Bratton: I asked and he said, "We don't know for sure. It's unspecified dementia, it comes and goes. He's lucid and then it comes in." It's interesting—Jacob and I would joke around like crazy. We'd be laughing hysterically before a scene and they'd call action and we'd go right into these serious scenes. I found that when I tried to be serious, it didn't work. One day, I came to set to shoot a very dramatic scene and I was all prepared to do the actor thing. And it wasn't working. After a while I went to Azazel and said, "You know what? I'm putting too much energy into this." So Jacob and I started kidding around and it loosened me up. And the very first take after that was the one.

Back Stage: Jacob is excellent in the film and such a unique character.

Bratton: Right. We have this wonderfully resilient character who doesn't really care what people think. He's resolved himself to his fate. All he wants is a little truth, a friend. And even though Mr. Fitzgerald tells him falsehoods, it doesn't destroy this friendship. He's mature enough at a young age to forgive and move on. He is the most grounded person. I'm not! And certainly John's character's not. Even though people look at him as the oddball, he's the stable rock for everybody.

Back Stage: I heard a big break for you in the industry was doing extra work?

Bratton: Actually, I was working on "The Bernie Mac Show" as a stand-in.

Back Stage: For who?

Bratton: I was the token white! Any white person—small child, elderly woman—it didn't matter, I was their guy. I was always joking around and they started giving me little bits. And they kept using me as different characters! One day I played the piano in a lounge scene. I was a carpenter. I was Carl Reiner's nephew, Miles.

Back Stage: Why would they have to do so many different roles?

Bratton: They thought it was funny. Then [director] Ken Kwapis came on the show and he was a big Grass Roots fan. I heard he was doing the pilot for "The Office" and I had seen the Ricky Gervais version and I loved it. So, ballsy me, I called him right up. He was so nice, not put out at all. He was very gracious and said, "I'll put you in the background. I'll talk to Greg [Daniels, the producer], I think you're a funny guy, and I'll try to work you in. I was there two weeks and saw so many talented people that I knew I had to make my own breaks. So I wrote a monologue based on what would happen if this rock star stayed addled and crazy and ended up selling paper. So I shot a talking head with my buddy and we edited it down to five minutes and gave it to Greg Daniels. Then the line producer came and said, "Greg saw it and thinks you're funny." Next thing you know, the Halloween episode in the second season, I have six and a half pages with Steve Carell. I did have a line in a couple episodes before that, but the first time you really saw me as the character was the Halloween episode. And the writers just kept going with it.

Back Stage: How do you play a character with so many odd quirks that we've learned about over the years?

Bratton: I have to go through this litany at times. He lives under his desk but on the weekends he goes to Canada for tax reasons. Apparently he's killed people. Apparently there's a body in the trunk of his car. He was in an iron lung; he's got four toes; he speaks Chinese; he's a kleptomaniac; he keeps stakes in his desk to kill vampires; he thinks animals can't feel pain. I have to go through all that stuff to remind myself. One of my templates is the comic Ballard Street. (http://www.gocomics.com/ballardstreet) He's like a character from that.

Bratton: What do you think?

Back Stage: Not really. You don't even look like him—do they age you for the show?

Bratton: They do. And it was fun to sort of let people think I was really this strange guy. But I like the idea that people get to see me in a different light in this film. I think after "Terri," people are going to realize I'm acting. Oh well, it was a good run.

Check out "How To Be An Extra: 8 Tips For Getting Started" and start getting those background parts!