At Dallas Theater Center, the Conversation Is the Thing 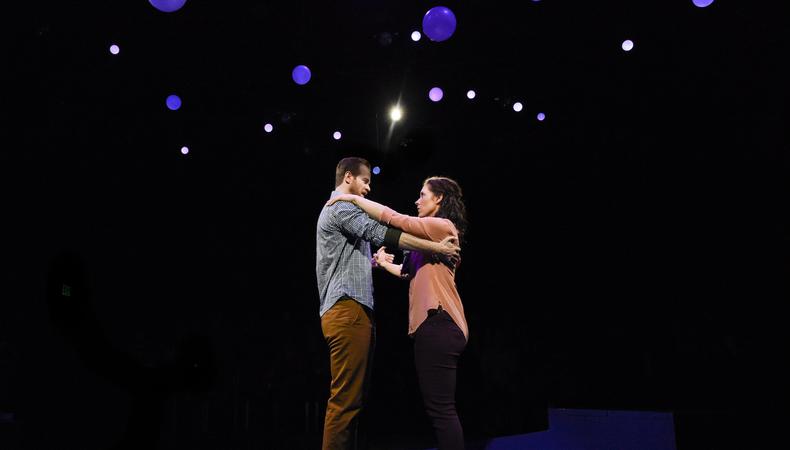 For most nonprofit theater companies, grosses and subscriber rates might be the first numbers to come to mind when determining success. But while those line items are crucial, Dallas Theater Center uses another factor to gauge its accomplishments.

“The test we always use at the end of the play is this: What’s the conversation the audience is going to have?” explains artistic director Kevin Moriarty. “If the answer is, ‘That was really fun,’ then we haven’t fulfilled our mission.”

After each performance at DTC’s two venues, actors invite the audience to stay for a postshow dialogue. “The play is not the endgame of the product,” says Moriarty. “It’s the catalyst for the product: that conversation.” The company inverts the typical talkback format by having the actors ask the audience questions. This ensures the conversation emphasizes the show’s relevance to the community.

That same sense of open communication is encouraged in the actors as well. In order to maintain a wealth of local talent and support for artists, Moriarty created the Brierley Resident Acting Company. The goal is to offer the artists yearlong contracts, guaranteeing regular income and the opportunity to explore additional passion projects.

By Moriarty’s estimate, nearly a third of the roles in a season are played by actors in the resident company. And 40 to 50 percent of hired actors hail from outside the Dallas area—usually found through casting calls in New York.

Browse our list of theaters to find your next stage home!

The balance between resident artists and outside actors leads to a more collaborative workspace. “If you’re an actor and you’re working with a familiar director, there’s a real sense of ownership of the play,” says Moriarty. “You can share a point of view, question, or suggestion. Great art flourishes when everybody’s contributing equally and dynamically to the process.”

The season selection process begins about a year in advance by looking at the resident company and considering what titles would highlight that talent. Once schedules and budgets are finalized, offers are made to resident artists and a local call is held about eight months out. New York searches are reserved for last; this year, Cindy Tolan is handling those calls for the entire season.

The extent of the New York search is dependent on the director; Moriarty and associate artistic director Joel Ferrell have a decent sense of which tracks they can cast locally before broadening the search, while guest directors tend to keep opportunities open. While the latter is a less efficient process, it still allows New York–based directors to experience the full extent of available local talent before finalizing a cast.

As the 2016–17 season commences, Moriarty expects the conversation for audiences and actors alike to explore the dynamic between the individual and society. The world premiere of Kirsten Childs’ “Bella” (through Oct. 22) follows a black woman in the typically whitewashed Wild West; Douglas Carter Beane and Lewis Flinn’s new Robin Hood musical “Hood” (June 29–Aug. 6) examines social and economic justice; Moriarty’s adaptation of “Electra” (April 4–May 28) will emulate an individual experience through the use of audience headphones.

For “Gloria” (Dec. 7–Jan. 22), Branden Jacobs-Jenkin’s 2016 Pulitzer Prize finalist, Moriarty’s keeping mum until audiences in Dallas see it, because of a major plot turn. “I can’t wait for our audiences to experience it so I can finally let loose and talk about it.”

Check out our Texas audition listings!