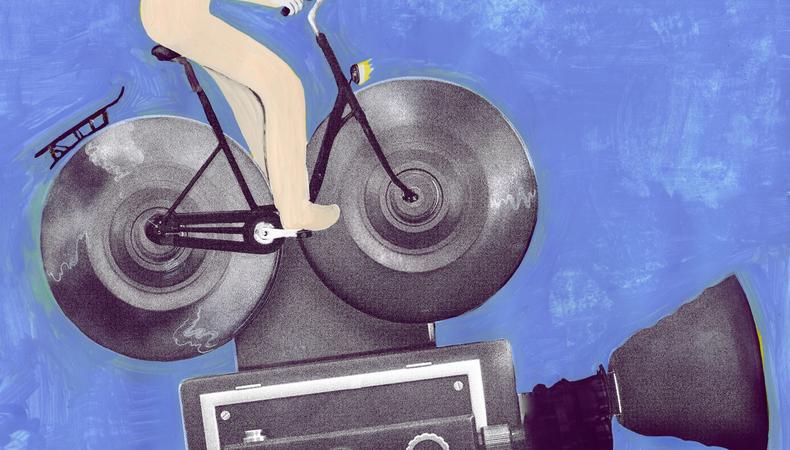 There’s no one path to becoming a casting director, but Damian Bao’s career journey has shaped how he looks for talent. He started in fashion photography before moving into fashion model casting and then feature film casting, and he still works in both of those mediums today. Bao has an eye for fresh faces, which emboldens him to often cast off the street. He does just that to find talent for indie features, including Andrea Arnold’s “American Honey.” For 2019’s “Goldie” and “Port Authority,” the latter of which was a Cannes Film Festival selection, he searched nationwide to find unknown talent who could speak truth to the projects that touched on issues like homelessness, foster care, and sexual and gender identity. Bao is constantly looking for talent to audition for his projects; since starting his own casting company, he estimates his office has been the very first audition for over 1,000 hopefuls. He likes Backstage for that reason: It’s a way to connect with people all over the world who could be the star of his next project. Here, he shares what might help you catch his eye.

You say you like to discover talent. Where do you look?
I like Backstage. It’s a place where people who don’t have a huge background in acting can become an actor. I’m always in the streets scouting and discovering people, even on my off days or on dates. I’ve had the privilege of working with producers and directors who say, “We want to discover someone, we want to street cast for this project, we really want to give the opportunity to a newcomer,” and those things excite me. You never know where talent will come from. Most people in this industry follow the mold of wanting people with experience, but I don’t really care. To me, it’s about the person fitting the role correctly, and it’s OK to have no experience. It’s about them being right for the part, which is a combination of talent and fitting the look and the personality of the character.

What stands out to you when doing a big search?
I work in fashion, commercials, and film; it’s very fluid for me, because almost anybody can fit. I have a huge database of people. When it’s not a specific type, the aesthetic I’m looking for varies if their look is distinct. It’s kind of that “it” factor—I can’t really describe it. There are people who have those faces, especially for film, that when you see them on camera quickly, you feel like they’ve lived a life you want to know about. There’s something in their eye or face—you want to know more about their story. Sometimes the look isn’t as distinct, but they have an amazing personality and you can hear them from across the street and tell they are someone I want to bring in.

What can someone expect from your audition room?
We treat everyone with respect so they don’t ever feel dehumanized in the casting process. We try to make sure that they feel the love and respect from the moment they sign in until the moment they leave the office. Even if we’re busy and on so many deadlines, we make people feel welcome and that the opportunity is real and that they’re valuable, even if they don’t get the part. Kindness is an important factor. We want to discover people and create an environment where, when we give people the opportunity to audition, they know it’s genuine.

What will make you remember someone even if they don’t get a part?
Communication is key. A lot of talent, even ones who have worked for a while, don’t communicate. It’s always important to keep your relationship with everyone. Even if you’re not available for the dates of a project and you can’t come in to audition, it’s good to immediately communicate when a CD reaches out to you. I don’t bring someone in unless I think they have a good chance of getting the part. I don’t do cattle calls, so if I invite someone into my office for a project, [it’s because] I believe in them and I believe they could fit within the world we’re casting. It’s important for talent to always reply. It helps my office, because we can say, “This is someone who always responds, we’ll keep communicating with them.” Some actors are afraid to tell a CD they can’t make the audition time, especially when they’re just starting out, but you never know. You can move it or self-tape, but you won’t know if you don’t communicate. Also, professionalism. Being on time, communicating, showing up, and being prepared as much as you can be. It’s OK to ask questions. I’m very happy to answer questions, and if talent gets sides and wants more input on what kind of emotional direction they need to go, feel free to ask questions. I think you’d be surprised at how much people on the casting side want to help you get the part.

Ready to get to work? Check out Backstage’s modeling listings!

Elyse Roth
Elyse is a senior editor at Backstage, where she oversees all casting news and features content, including her weekly casting director Q&A series, In the Room. She came to New York from Ohio by way of Northwestern University, where she studied journalism, and now lives in Brooklyn. She might see and write about awards-worthy films, but Elyse still thinks “Legally Blonde” is a perfect movie and on any given night is probably taking in some kind of entertainment, whether it’s comedy, theater, ballet, or figuring out what show to binge next.
END_OF_DOCUMENT_TOKEN_TO_BE_REPLACED