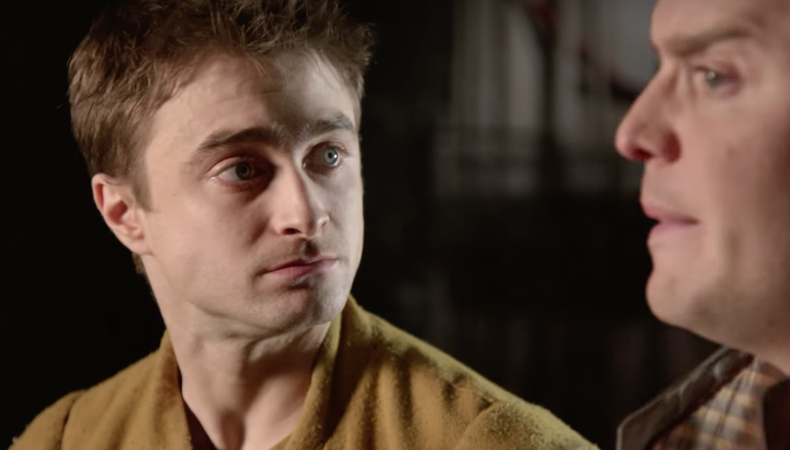 Not fake news.
Daniel Radcliffe, Cherry Jones, and Bobby Cannavale have signed on to star in “The Lifespan of a Fact,” a world premiere play written by Jeremy Kareken, David Murrell, and Gordon Farrell. Beginning Broadway previews Sept. 20 at Studio 54, the blazing drama about a fact-checker and his subject, will be directed by Tony nominee Leigh Silverman (“Violet”), and open officially Oct. 18.

Glenn Close is Public-bound.
Tony Award winner Glenn Close has set her sights back on the New York stage, this time Off-Broadway. The “Sunset Boulevard” star will lead “Mother of the Maid,” a new play by Emmy Award winner Jane Anderson (“Olive Kitteridge”), depicting the story of Joan of Arc’s mother. The drama will be directed by Emmy winner Matthew Penn, and run at the Public Theater Sept. 25–Nov. 18.

Jake can’t stay away from the stage.
Jake Gyllenhaal, who starred last year as the titular role in the Broadway revival of “Sunday in the Park With George,” has lined up his next onstage gig. Gyllenhaal, also heading to the Public in what will be his Public Theater debut, will star in “A Life,” a monologue play by Nick Payne. Concurrently, Tom Sturridge will star in Simon Stephens’ “Sea Wall.” The two monologues together will be billed as “an evening of theater,” and will run Jan. 26–March 24, 2019. Both pieces will be directed by Carrie Cracknell.

Wave hello to your ‘Evan Hansen’ touring cast.
Full casting has been announced for the North American touring production of “Dear Evan Hansen,” including a number of Main Stem favorites. Joining previously-announced Ben Levi Ross in the title role will be Maggie McKenna, Jessica Phillips, Christiane Noll, Marrick Smith, Aaron Lazar, Jared Goldsmith, and Phoebe Koyabe. Performances of the Tony-winning best musical will begin in Denver, Colorado on Spt. 29, before going on to play more than 50 cities across the country.

Here are your 2018 Tonys telecast performers.
Speaking of “Dear Evan Hansen,” last year’s best musical winner will actually make a special performance at this year’s Tony Awards, happening June 10. Also performing selections will be a number of this year’s nominated musicals including “Mean Girls,” “Frozen,” “The Band’s Visit,” “SpongeBob SquarePants,” and “Summer: The Donna Summer Musical.” Also performing will be one of this year’s Broadway mainstays: The Boss himself, Bruce Springsteen, who has been performing his one-man show “Springsteen on Broadway” since the fall.

Casey Mink
Casey Mink is the senior staff writer at Backstage. When she's not writing about television, film, or theater, she is definitely somewhere watching it.
END_OF_DOCUMENT_TOKEN_TO_BE_REPLACED