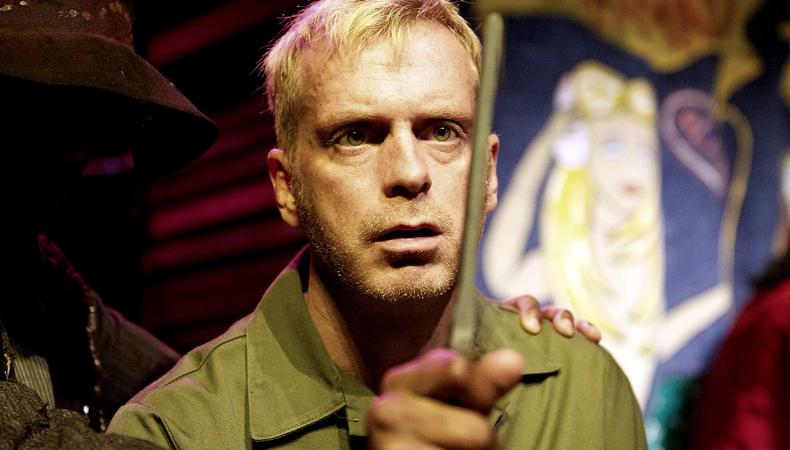 A five-piece ensemble sits prominently onstage for Alkis Papoutsis’ staging of Elizabeth Chaney’s “Dark Hollow: An Appalachian Woyzeck,” her adaptation of Georg Büchner’s classic play. Chaney resets the tragedy—about a soldier who murders his girlfriend because of mental instability or societal pressures (or both)—in theAppalachian Mountains. The group offers up a host of traditional and original folksongs, and its presence is both welcome and warranted, as the music adds gorgeous texture to this solid but never particularly inspired version of this sad, familiar work.