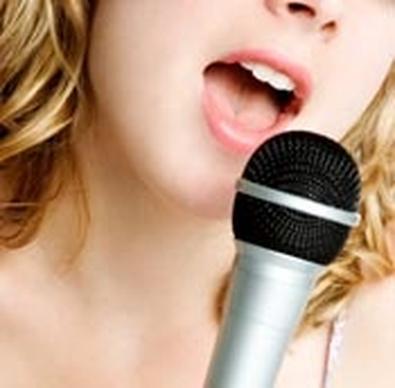 Bill Daugherty puts the lie to the old saw that goes, "Those who can, do; those who can't, teach." He's a teacher who definitely can do. No more proof is needed than his recent Broadway Unplugged series appearance at Manhattan's Town Hall, when he came out fourth on the bill and raised the entertainment level by a quantum of anything but solace at an event already off to a strong start. The song he slayed 'em with was Mel Brooks' "Betrayed," the second-act tour de force from The Producers.

But Daugherty, who hails from a showbiz family, has been demonstrating his prowess for a few decades: as a chorus boy in stock companies, as part of the nightclub team Daugherty and Fields (Robin, that is), on his own, and as the guiding force behind the long-running cabaret piece of 1940s nostalgia When the Lights Go On Again, playing at New York's Triad Theatre.

He was working with the superlative singer Alix Korey in a Players Club entertainment when he got the idea — because Korey put it in his head — that he might take what he knew about singing and pass it on. Not an idea, he confides, that he took to immediately. The son and grandson of men who taught, Daugherty told Korey, "I will never teach. I do not have the patience." But once Korey set up a master class for him to give — to great success — he did an about-face. "I found that I loved it," he admits. "I was not scared to jump in feet first."

The feet-first plunge was taken at Manhattan's Cap21, a Midtown conservatory where musical-comedy aspirants from New York University's Tisch School of the Arts do much of their studying. Daugherty now teaches first- and third-year students in the three-year program. (There is also a fourth-year, make-sure-they're-hirable practicum, and starting in fall 2009 there will be a separate intensive two-year certificate program open to a wider show-business-hopeful population.)

The Physiology of Breathing

A man who also sees students privately and gives the undoubtedly accurate impression that he knows a lot about a lot of things voice-related, Daugherty confines his work with the first-year students to vocal technique. Taking his cue from the training he received from his own voice teacher, Anthony DiLeva, he bases the rudimentary work on "the physiology of breathing." He doesn't regard this as breathing from the diaphragm, which, he points out, is a sheath of involuntary muscle. Instead, he plugs the importance of singers taking "breaths into their bodies." He says, "You got to start with that. Don't forget to breathe, breathe, breathe." He tells students to make sure "the breath drops all the way down to the floor." When they master that concept, he says, "it changes their lives."

Waxing technical, Daugherty raises the subject of "clean adduction," which he explains as the proper "bringing together of the vocal folds." He goes on to differentiate between a clean onset of tone, a hard glottal attack, and a soft glottal attack. Singing a few "Ave Maria" strains in his pure tenor, he indicates why the latter two are undesirable. "If we imagine the sound, it happens," he says. "Think a pitch and the vocal folds know to go to the pitch. Basically, it's a mental thing."

He reiterates, "Keep the glottis open. It sounds very technical, but the payoff is huge. When they get it, they never go back. We stress using and freeing the natural voice. We don't go in there trying to change anybody. We're trying to enhance what they already have." Daugherty is also looking to "help the needs of a slightly damaged voice. It mostly happens in females. It's rare for males to get nodules." To that end, no first-year female student is allowed to belt. "Belting shreds their folds," he says, before they've got the fundamentals under their, um, belts.

For third-year students, Daugherty switches to audition preparation. "The first part," he says, "is building the book and learning the basics of how to enter a room, interact with an accompanist, choose songs for type." Knowing that students will most likely be up for younger roles, he helps them find age-appropriate material. "No '50 Percent,' " he asserts. "No 'In My Own Lifetime.' What is good material? What is a good lyric?" As important, he helps them construct effective 8- and 16-bar audition versions. "I'm probably the idiot savant at Cap21," he says of his broad acquaintance with songs. "I travel with my private lists. I keep it in my bag at all times."

Now that he's been a teacher for more than 10 years, Daugherty says, "I've become a better singer because I've been teaching. It's been a huge learning experience. I've found new ways to teach and new ways to learn. If it ever felt like a job, I'd quit the next day. I get to be a part of [my students'] future."