A Day In Your Office 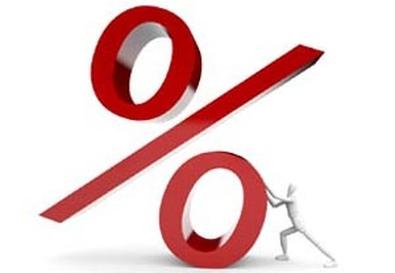 I thought the best, most honest way to answer this question would be to have an actor actually do it. So let me introduce actor and intern Julie Civiello.

Civiello: "I could be considered a fly on the wall, but I am better known as an intern at Rogers Orion Talent Agency. Here are a few things I have learned: Actor-agent meetings are surprisingly informal. The conversation seems to be mostly about shared interests, sometimes not even directly related to film and television. If a topic sparks something in both persons, it's going well. An easy conversation lets the agent know that the actor is someone who would be great to work with.

"In regard to mailed-in submissions, I have learned that without a referral—current client or casting director—it usually doesn't travel very far. Sure, the agents go through every submission, but it's rare for a nonreferred headshot to make it to the next step. I've also noticed that the packages that do well here aren't necessarily trying to grab attention with crazy stories or cutesy questions; instead, the cover letters that stand out are the genuine ones: the actors who write about what they are working on at the moment and describe their ability to make jobs happen for themselves despite their lack of representation or Screen Actors Guild card. The best ones are honest, direct, and display a passionate urgency to work.

"So how can we succeed in this city overwhelmed by fierce competitors and small windows that lead to overly crowded casting pools? I think in terms of what this particular agency looks for, it's about answering a lot of personal questions and doing something very simple but rather difficult: staying true to your core personality and nurturing who you are."

Thanks, Julie! All great observations. I'd just like to add one thing: If you are able, I recommend that every actor should intern at an agent's office for at least a week. I started in this business as an actor interning for the agency who represented me, and it was absolutely invaluable for my then career. Interning arms you with insight and gives you a nice healthy dose of reality. It gives you an idea of what works and what doesn't, who books and why, and most important, how to apply these insights to empower your career.

Well, right off the bat, they would see appropriate pictures and really well-constructed résumés of working talent and people that I represent. So they would have insight on what really good pictures are. Whether it's a print job or a TV commercial, a lot of these pictures have a quality that's indigenous to that particular part of the business.

I also think they would really realize, just by hearing my end of the conversations, what it is to work with a really great professional actor. Because when you're working with a really great professional actor, there's a rhythm to the conversation. Since I'm not a theatrical agent—it's commercial: print and television and industrials—it's a very quick turnover. It's very high-paced. I'm not spending 10 minutes on the phone with somebody going over a script or anything like that. It's really getting them to the appointments, giving them all the details, whatever they need. So even if they couldn't hear what was going on on the other end of the conversation, they would certainly hear by my end of the conversation how that dialogue is going. And what they would pick up from that is that the people who really excel in this business are not only people who have great pictures and résumés but people who have great communication skills. A lot of information has been passed in a very quick and efficient amount of time.

I think they would also realize how much work goes in from an agent's point of view. What they would really see is how much work I put into everything I do, how quickly I have to move, and how much I have to accomplish in a very short amount of time.

They would see how busy we are trying to ascertain what's going on with auditions that some of our clients have been doing. They would see how we have to work at doing the breakdowns as they come in, especially when they are hard-copy submissions—which, dear God, we hope would stop someday soon.

They would see what our problems are as opposed to just theirs. I would have them answering the phone calls and learning how to deal with people on the phone. I think probably it wouldn't hurt them a bit, because it's a role they might have to play someday. All of the things they have questions about would in all probability be answered from being where it happens. But if my clients ask me about things like that, I will easily discuss it with them.

They would also be there when I'm checking on some of those auditions and a casting director says, "You know, he or she read beautifully. However, they don't have the experience of working in television or film enough." That backs up the necessity of actors getting to places where they can learn about production and what goes on in TV and film.