Dean Geyer is the New Kid on ‘Glee’ 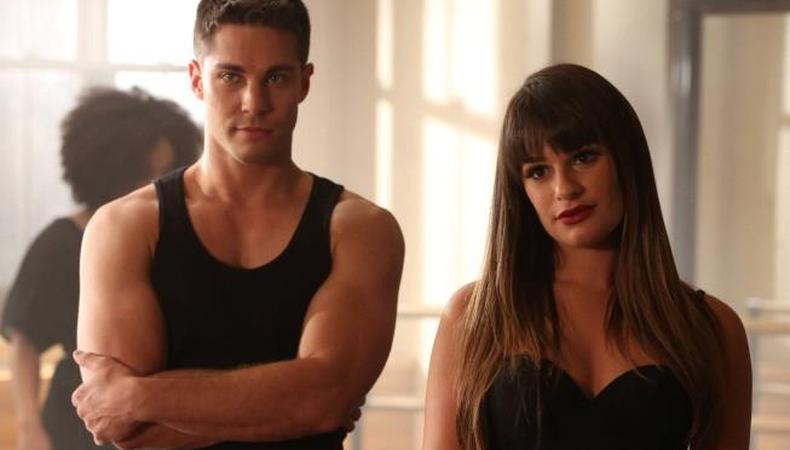 Rachel Barry must have a thing for boys in showers. The “Glee” character’s boyfriend Finn Hudson was discovered as a vocalist in the gym showers in Season 1, and she meets her potential new love interest, Brody Weston, after his regular 3 a.m. shower routine in the co-ed New York Academy of the Dramatic Arts dorms.

But while audiences have come to love Finn over the first three seasons, they are just getting to know the NYADA junior played by Dean Geyer.

Geyer gained household name status in Australia after being a finalist on the hit “Australian Idol,” but when he moved to L.A. over two years ago, he was back to hitting the streets.

“Once you finish on a soap opera [in Australia] or another TV show, there’s not really much out there you can do in terms of acting unless you land one of the only movies that films down there,” Geyer says. “It was just kind of the next move for me.”

Geyer chatted with Backstage about working on “Glee,” adopting accents, and moving from Australia to Hollywood.

How did you get cast on “Glee”?

Dean Geyer: I did pilot season for about three months. I must have had over 100 auditions during that time. It was getting toward the end of pilot season and my work visa was actually about to run out so it came at a really great time for me. It came out of the blue because all the big networks had cast all their shows. Then “Glee” came along, and I was stoked to even get into the room because I have a musical background. I went in for two characters. I went in for Jake, but they said I looked too old. So I went in for the other character next. It was a five audition process. You really have to prove yourself. I was auditioning against guys that are really well known on the Broadway scene in New York. I had a bunch of competition.

What song did you sing at your initial audition?

Geyer: I sang “Cry Me a River” [by] Justin Timberlake and I sang “One Song Glory” from the musical “Rent.” I’m a rock singer so even a Broadway song for me was kind of a stretch. I think my time on “Australian Idol” really helped train my voice for a lot of genres. I’ve never really been trained technically, and being that inexperienced coming into a show, you really have to kind of lift your game. And I know that Ryan [Murphy] expects you to have some kind of Broadway flavor. So I really had to impress with that song.

What did you learn working on "Australian idol"?

Geyer: We had a singing coach on the show, and that was the first time I really experienced having someone take me through exercises and warm-ups. That was a huge learning curve for me. Even bigger than that was the fact that I had to deal with the press and the fans' reaction to the show. “Australian Idol” is huge. It may not get the millions and millions of viewers as “American Idol,” but it’s still massive back home. We really had to deal with getting noticed everywhere we went. We went through interview coaches just to really get us prepared for how to deal with certain situations and certain questions.

So you were trained to do the interview you’re doing right now.

Geyer: [Laughs] I might be a little rusty, but I’ll get there, don’t you worry.

You said you had no vocal training before “Australian Idol.” Have you had any singing or acting training since then?

Geyer: I kind of don’t like to talk about it only because it makes me sound so green! I literally came out of high school thinking that I was going to do something in the sports world because I grew up with a very sports-oriented family. My last year of school I got involved with playing guitar and singing, and I joined a band and I just decided that year somehow that I was going to play music. I’ve never liked having like a set kind of schedule of training. Even when I was doing guitar lessons, I never used to practice. Having singing lessons was something that I kind of steered away from. During “Australian Idol,” that was the first time I ever had technical training, and since then, I still haven’t had any technical training! With the acting, the best way to learn is to be on set. I got offered a year on [Australian soap] “Neighbours” following my public profile that I received from [“Australian Idol.”] It was an amazing offer for me because I’d never done it before, and for me being on the show for 12 months was the best training you can get. I mean you can go to acting classes and go to private lessons but I really believe that being on set is the main thing.

How did you make the transition from music to acting?

Geyer: It kind of just fell into my lap. As I said, I got the offer and I guess I was a household name coming off “Idol.” I was playing a musician on [“Neighbours”] so it wasn’t much of a stretch for me. The only thing that was difficult was the fact that I don’t have an Australian accent. I’ve got a South African accent. So the only part of it that was difficult constantly was the accent.

Geyer: No, I think I grew up loving to impersonate people and in both South Africa and Australia, we are so heavily involved with American TV and movies that it’s kind of second nature to me now. For me it sound really corny for me to have my own accent when I’m acting. I’ve gone to auditions where they wanted me to come in with my own accent. It doesn’t feel natural. I don’t know why. I can’t really explain it.

“Glee” is such an established and well-loved show. How does it feel to come in as the new guy?

Geyer: It’s a big responsibility because obviously they’ve really got a set fan base and they’re so passionate about each and every character from the first three seasons. It’s hard because you have to really prove yourself. Especially with my storyline coming in, being the new potential love interest for Rachel. That’s a big deal. When I read the fact that I was going to be possibly breaking up Finn and Rachel, I immediately thought, “Well, what is the backlash going to be from the fans?” But then you have to realize this is a job and you have to get involved with who your character is and create that persona. The main thing for me was to impress the fans. I’m still learning who my character really is. He seems to be a nice guy, and I want to prove that to them. Every show needs a good and a bad person. Otherwise it wouldn’t be fun.