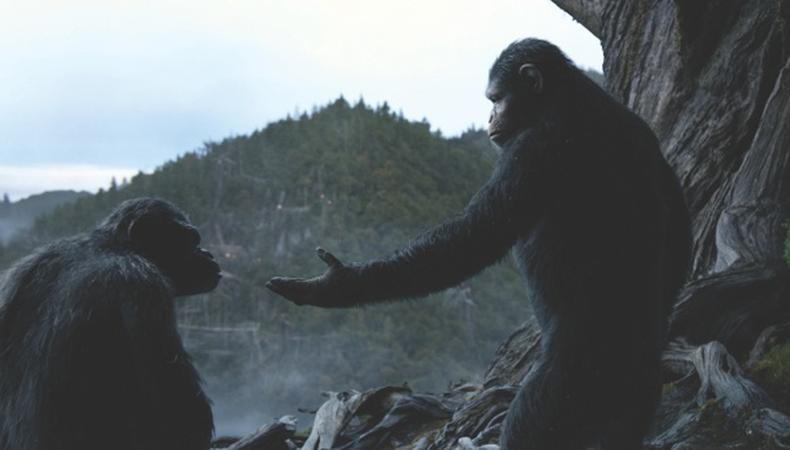 Casting people to play apes can be a refreshing change of pace, but “Dawn of the Planet of the Apes” casting director Debra Zane had to ask some questions before she could dive in.

Unlike the first film, the latest installment in the franchise features many more actors playing apes alongside lead actor Andy Serkis’ Caesar. The film is set years after a simian flu outbreak wipes most of humanity off the face of the planet. Apes have formed their own city and are creating their own civilization until a group of human survivors stumbles upon their settlement. A power struggle for scarce resources pits them against each other, and Caesar must find a way to keep his tribe safe.

“I first spoke to Terry Notary, who plays Rocket—he’s also the coordinator of all of the mocap [motion capture] actors. I said to him, ‘Is there something I should know? What should I be looking for?’ Obviously I knew I needed people who move well,” the casting director explains. “He said, ‘Listen to me. This is the secret to motion capture acting—it’s really simple: You just need good actors.’ And I thought, Perfect! That I know how to do!”

For Zane, the casting process was an involved one, requiring an additional stage: Actors were asked to show how well they could play ape in a parkour studio, as well as how they could handle their standard acting tasks.

“We’d do a few scenes, largely improvised, and Terry was sort of guiding them, taunting them at times or being really affectionate,” she says. The process was taped and sent off to director Matt Reeves and the film’s studios for final decisions. “One of the actors said something that I thought was so fascinating; he said that when you start out, you go to drama school and one of the very first things you’re asked to do is act like an animal. You’re an elephant and everyone’s swinging their arms like a trunk, and then everybody’s a monkey and then everybody’s a turtle; you do all these fun things and then you never do them again. When are you ever asked to play an elephant? You’re just not! So this, for the actors, was a blast.”

“We needed a strong, masculine, emotional, romantic figure, and Jason Clarke really shot to the front of the line very quickly,” Zane says. “It was on the heels of ‘Zero Dark Thirty’; everyone was talking about him, everyone was so taken with his performance. I was really so impressed with him, so that was something that came about on the sooner side.”

When it came to casting Greer, it was the actor’s love of the series that prompted her to ask her agent to call Zane. “He says, ‘Listen, I’m gonna tell you something and I don’t know what you’re going to do with this information,’ ” she recalls, “ ‘but I just have to let you know ’cause she’s asking me to tell you: Judy’s a huge fan of the franchise. I was at her wedding not too long ago and the cake topper for her and her husband was two apes—that is no joke.’ ”

Zane was surprised Greer took on the supporting role of Cornelia, but says the actor wanted to experience the ape “boot camp” along with the rest of her cast mates. “It was important to find people who can play deep emotional pain and fear,” Zane says. “It was about people who were able to play those high life-and-death stakes.”

Briana Rodriguez
Briana is the Editor-in-Chief at Backstage. She oversees editorial operations and covers all things film and television. She's interested in stories about the creative process as experienced by women, people of color, and other marginalized communities. You can find her on Twitter @brirodriguez and on Instagram @thebrianarodriguez
END_OF_DOCUMENT_TOKEN_TO_BE_REPLACED