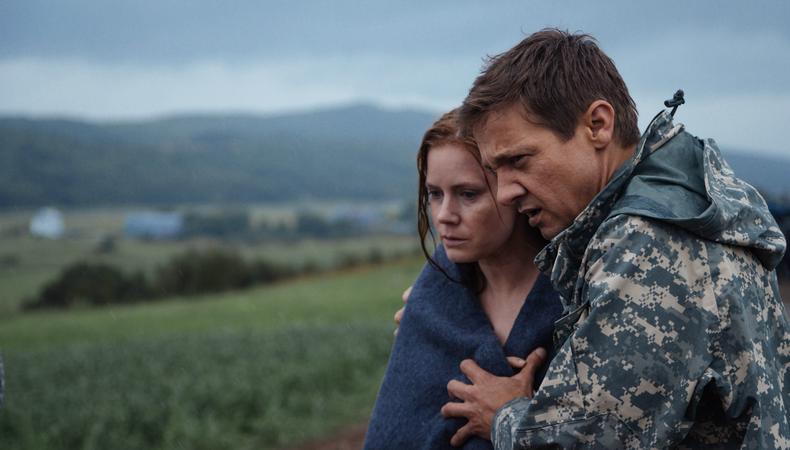 “Arrival” is perhaps the year’s most unlikely Oscar contender, a science fiction hit earning eight nominations including best picture, director, adapted screenplay, and cinematography. The storytelling sophistication, thematic maturity, and philosophical depth of “Arrival” serves as a reminder of the creative possibilities of sci-fi, catapulting a genre often ignored by mainstream awards into a new stratosphere.

This feat is due in no small part to French-Canadian director Denis Villeneuve, who guides the film with the surety of hand and he displayed in his prior tightly-wound features, “Prisoners” and “Sicario.” Beneath its existential exploration of heady concepts like language, communication, time, fate, and free will, “Arrival” has a resonant emotional core, so casting the right actors was tantamount. “Because of the quality of [Eric Heisserer’s] screenplay,” Villeneuve tells Backstage, “it was not a difficult project to cast.”

Villeneuve knew exactly which actor he wanted to carry the story’s weight. “Amy Adams was my first choice when I came on board on this project,” he remembers. But he found he wasn’t the only one who held a high opinion of Adams; coincidentally, Heisserer also had Adams in mind when adapting the lead character from Ted Chiang’s short story “Story of Your Life.” Adams herself was game to jump in, giving Villeneuve an answer 48 hours later—the fastest he had ever received in his career, he says. “The casting of Amy Adams was by far the easiest part of this journey!”

With his lead locked down, Villeneuve easily rounded out the rest of the cast. He had wanted to work with Jeremy Renner for some time, and was already an admirer of Forest Whitaker’s work. Villeneuve credited positive experiences with his actors “Prisoners” and “Sicario” in shaping his collaborative approach to casting: “You see you will need to work on the part with someone and you choose who you will work with to create the part. That’s a process that I really love.”

When asked what draws him to such actors, Villeneuve lists two factors. The first, of course, is acting skill. “The level of skills, the level of talent required to play [Adams’] part is very high, and required a strong actress,” he explains. “The journey of the character was clear like water for her. It was very pure. She just wanted to make sure we were on board together to make sure that it would be logical from an emotional point of view all the way through.”

The second factor is something more nebulous. Though science fiction is characterized by external world-building, Villeneuve is drawn to actors who inhabit their own rich inner worlds. “An actor for me is like a planet,” he says. “It has its own culture, its own references, his or her own inner world. I am looking for actors that bring their own universe on the screen.”

This quality is what led him to cast Whitaker. “I had read a lot about Forest Whitaker,” he says. “I was really a big fan of his work. Knowing that the part of the Colonel Webber on the page was lacking substance and dimension, I was looking for an actor that will help me to bring that substance, a real being in front of the camera. And I knew that Forest would have good ideas to bring on board.”

Though special effects and green screen had their place in “Arrival,” Villeneuve also makes a concerted effort to give his actors concrete elements of their environment, and encourages them to make choices as specifically as possible. “I think that all actors are different,” he explains. “But I will say that as a director, I’m trying to give them as much reality around them as possible, to construct the rooms, to give them real props.”

Finally, Villeneuve emphasizes the importance of building personal relationships with his actors prior to setting foot on set, a process he believes enriches the development of the characters they will then portray. “You need to meet as much as possible before. You need to have some coffee, a few lunches, to talk about the part, to talk about life. The idea is, you need to know who you have in front of you, how to communicate with this person. Obviously those meetings are always around the part, always around the role. It’s trying to define a character.”

Ready to get your Oscar nomination? Check out our film audition listings! And for acting advice, visit the Backstage YouTube channel: