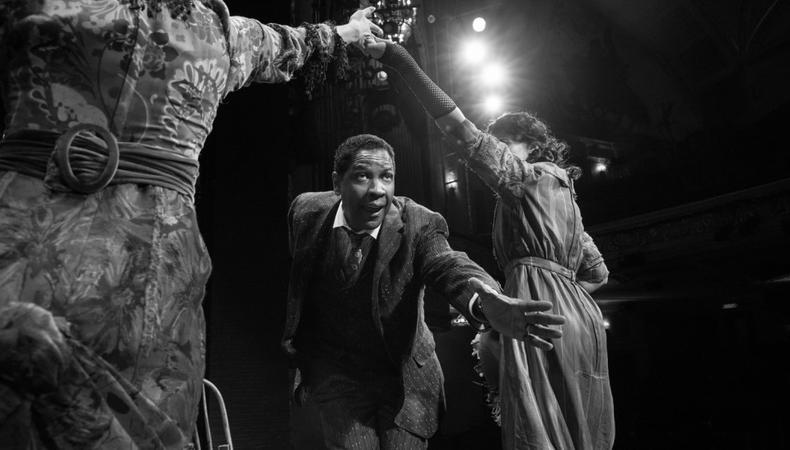 Denzel wraps up the Broadway season.
As of April 27, the 2017–18 Broadway season has officially come to a close, culminating in appropriately high-profile fashion. The final show to open is none other than the Denzel Washington-starring revival of Eugene O’Neill’s “The Iceman Cometh,” running through July 1 at the Bernard B. Jacobs Theatre. Directed by George C. Wolfe, expect the production to be a contender for a number of Tony Awards in June, including best revival and best leading actor in a play for Washington.

Be part of his world.
In celebration of its 35th birthday, the New York Pops will pay tribute to Oscar and Tony Award-winning composer Alan Menken with a star-studded concert on April 30. Amongst those who will be on hand to fete the talent will be Michael Arden, James Monroe Iglehart, Patina Miller, Corey Cott, Kerry Butler, Lillias White, Judy Kuhn, and others. (Tickets start at $31)

Sonja Morgan will meet Sondheim.
You probably wouldn’t ever expect to say the name Sonja Morgan and Stephen Sondheim in a single breath, but “Pretty Women: A Real Housewives Musical Revue” will bring the “Real Housewives” star and the legendary composer into the same figurative room. Held at The Duplex on April 29, the evening will see all your favorite ‘wives (as portrayed by Schuyler Robinson, Scott Englund, Tiffany Portis, and others) crooning the classics of Sondheim and more. (Tickets: $10)

It’s the most wonderful time of year (cherry blossom season).
Delayed though it was, it is at long last spring in New York City, which means you can once again head to the Brooklyn Botanic Garden for its many blooming activities. On April 28, for example, Sakura Matsuri returns with an offering of over 60 events and performances all celebrating traditional and contemporary Japanese culture—with special attention, of course, paid to cherry blossom season. (Tickets: $30)

Go east, get laughs.
Head to UCB in the East Village on May 3 for another installment of the weekly stand-up favorite, “Lasers in the Jungle.” Featuring an alternating roster of New York comics (past performers have included Jim Gaffigan, Janeane Garofalo, and Mike Birbiglia), the show is hosted by downtown faves Katina Corrao and Sean Crespo, and frequently features unannounced celebrity drop-ins along with its guaranteed shenanigans. (Tickets: $9)

Looking for a gig in NYC? Check out Backstage's New York audition listings!

Casey Mink
Casey Mink is the senior staff writer at Backstage. When she's not writing about television, film, or theater, she is definitely somewhere watching it.
END_OF_DOCUMENT_TOKEN_TO_BE_REPLACED