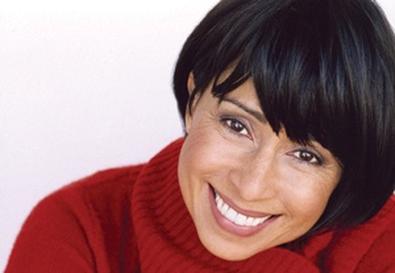 The ability to speak convincingly in different dialects is an important part of an actor's tool kit. No matter how well you connect emotionally with a role, a false or inappropriate accent can diminish the final result. Claudette Roche is one of the top dialect coaches in Los Angeles. She is Back Stage's 2010 Readers' Choice Award winner for favorite L.A. vocal/dialect coach, and she was recently named a top coach by Hollywood Weekly magazine.

Roche has found that anyone can learn a dialect, but a natural ear can make the process quicker, she says: "I've had students with a natural ear learn a convincing accent within an hour. Others can take longer. If it's for a scene, then it's a little bit easier to focus just on the lines they have." Using a dialect freely, away from a script, is more challenging. "Some actors may come to me to learn a Russian accent, for instance, and they want to be able to use it at any time," she says. "That will take a bit longer."

A large number of Roche's students are foreign actors and businesspeople who need to develop standard American accents. This can be more difficult, depending on where the student is from. "A convincing American accent can be harder for certain Asian speakers or Middle Easterners, because the language does very different things," she says.

But Roche has found that going over the top with an accent can help the student get closer to the real thing: "Before they spoke English, they've all pretended to sound American. I ask for their terrible fake American accent, and it usually is very good. I give them the luxury to make fun of the American accent."

She believes it's important to give the student a true American accent. "I like to teach them the way Americans really speak," she says, "rather than an idealized, stagy version."

Roche has found that different regions of the U.S. have an easier time with certain dialects. "Some places in the U.S. can lend themselves to learning a British, Irish, or even a Swedish sound," she notes. "People from New York can often do a very good Italian or Cockney accent because of the similarities."

She has identified the sounds of the standard American accent. "Americans love 'r,' love 'd,' 'l,' and hate 't,' " she says. "Americans will take 't' out of a word completely, like 'Inernet' or 'inernational.' " Roche also works on the broad "o" sounds that Americans use when pronouncing words such as "got" or "dog": "When Americans attempt an English accent, this can be one of the more difficult sounds to get out of their muscle memory."

HELP FROM THE FAMILY TREE

Roche will use a person's family background to help find an accent. "If they have grown up with an accent, they'll have an ear for it," she says. "I had two sisters who were Chinese-American, born and raised in Orange County, Calif. They needed to sound Chinese but for the life of them couldn't do it. I started with vowel sounds, and they exclaimed, 'That's how my grandmother talks!' They had this in their family; they just didn't know how to listen."

Roche will start with the vowel sounds that the student needs to amend. "We have three different 'a' sounds, very different from German, for instance," she says. Consonants are the next step: "No matter how good their vowel sounds are, if they make incorrect consonant sounds, the ear will pick up" the bad accent. "Germans tend to linger on 's' sounds, the English like 'th,' so if they stay on these too long, it will no longer sound American."

PUTTING IT ALL TOGETHER

Roche requires that her students have fun. "Go over the top, don't be afraid, and then we'll pull it back later so it sounds natural," she says. "I recently had a student who was a bit shy learning a proper English accent. I asked him to sing it to me, just have fun. That allowed him to play, and he did so well."

She avoids dry theory or exercises in her sessions: "I'm not big on repetitive drills. I'd rather the student work with words and sounds. I'll run through it so they're not thinking about it. My goal is for everyone to have it as a muscle memory."

Movies can also be a great learning tool. "Watch foreign films in the original language to absorb the way they speak the original accent," she advises. "Then watch a film with foreign actors speaking English. Immerse yourself in the sounds, how words are stressed in a sentence. When you work it yourself, it will start to click."

Making accents a solid part of their training is important for all actors, Roche says: "I wish more Americans would train and learn proper accents. Have respect for other people's cultures and sounds."

There are dialects that Roche believes all actors should have: "A standard American, New York, and a Southern accent. They should also know an English, proper London or Cockney. Russian and Middle Eastern are also popular."

Actors should also pick a dialect based on their look and how they might be cast. "Have these accents in your repertoire ready to go," Roche says, "rather than calling me the day before an audition."